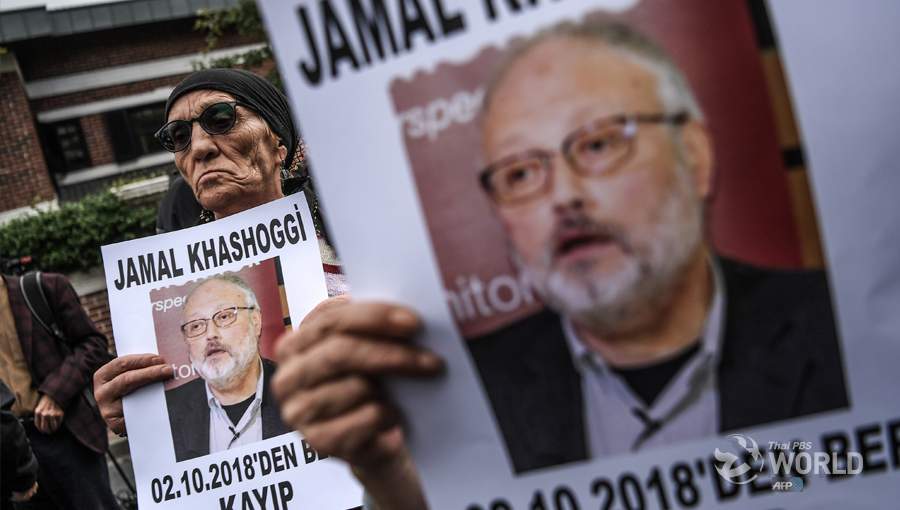 (Reuters) – He ran social media for Saudi Arabia’s crown prince. He masterminded the arrest of hundreds of his country’s elite. He detained a Lebanese prime minister. And, according to two intelligence sources, he ran journalist Jamal Khashoggi’s brutal killing at the Saudi consulate in Istanbul by giving orders over Skype.

Saud al-Qahtani, a top aide for Saudi Crown Prince Mohammed bin Salman, is one of the fall guys as Riyadh tries to stem international outrage at Khashoggi’s death. On Saturday, Saudi state media said King Salman had sacked Qahtani and four other officials over the killing carried out by a 15-man hit team.

But Qahtani’s influence in the crown prince’s entourage has been so vast over the past three years – his own rise tracking that of his boss – that it will be hard for Saudi officials to paint Qahtani as the mastermind of the murder without also raising questions about the involvement of Prince Mohammed, according to several sources with links to the royal court.

“This episode won’t topple MbS, but it has hit his image which will take a long time to be repaired if it ever does. The king is protecting him,” one of the sources with ties to the royal court said.

Qahtani himself once said he would never do anything without his boss’ approval.

“Do you think I make decisions without guidance? I am an employee and a faithful executor of the orders of my lord the king and my lord the faithful crown prince,” Qahtani tweeted last summer.

Qahtani did not respond to questions from Reuters. His biography on Twitter changed in recent days from royal adviser to chairman of the Saudi Federation for Cybersecurity, Programming and Drones, a role he had held before.

Prince Mohammed had no knowledge of the operation that led to Khashoggi’s death and “certainly did not order a kidnapping or murder of anybody”, a Saudi official said on Saturday. Officials in Riyadh could not be reached for further comment.

As the crisis has grown over the past three weeks, Saudi Arabia has changed its tune on Khashoggi’s fate, first denying his death, then saying he died during a brawl at the consulate, and now attributing the death to a chokehold.

A senior Saudi official told Reuters that the killers had tried to cover up what happened, contending that the truth was only now emerging. The Turks reject that version of the story, saying they have audio recordings of what happened.

The kingdom has survived other crises in the past year, including the fallout of the crown prince’s short-lived kidnapping of Lebanese prime minister Saad al-Hariri in 2017. Hariri, too, was verbally humiliated and beaten, according to eight Saudi, Arab and Western diplomatic sources. The man leading that interrogation: Saud al-Qahtani.

France intervened to free Hariri, but Western capitals did not take Riyadh to task for detaining a head of government – and Prince Mohammed emerged emboldened, according to these Saudi sources.

This time is different, with some Western capitals increasingly critical of the murder and the Saudi explanation.

Germany has announced it will stop arms sales, while Britain, France and Germany issued a joint statement asking for an “urgent … clarification of exactly what happened Oct 2.”

President Donald Trump has swung between saying he is unhappy with the Saudi investigation but also that he does not want to jeopardize US arms sales to the country.

To stem the fallout of the Khashoggi killing, the crown prince, commonly known by his initials MbS, allowed Qahtani to take the fall, according to one source close to the Saudi royal court.

A second senior Saudi official said Qahtani had been detained following his sacking by royal decree, but he continued to tweet afterwards. The sources with links to the royal court said he was not believed to be under arrest.

In the Khashoggi killing, Qahtani was present as he has been in other key moments of MbS’s administration. This time, though, his presence was virtual.

Khashoggi, a U.S.-based Saudi journalist often critical of Saudi Arabia and its leadership, walked into the Istanbul consulate at around 1 pm on Oct 2, to pick up some documents that would allow him to marry.

Turkish security sources say he was immediately seized inside the consulate by 15 Saudi intelligence operatives who had flown in on two jets just hours before.

According to one high-ranking Arab source with access to intelligence and links to members of Saudi Arabia’s royal court, Qahtani was beamed into a room of the Saudi consulate via Skype.

He began to hurl insults at Khashoggi over the phone. According to the Arab and Turkish sources, Khashoggi answered Qahtani’s insults with his own. But he was no match for the squad, which included top security and intelligence operatives, some with direct links to the royal court.

It is not clear if Qahtani watched the entire proceedings, which the high-ranking Arab source described as a “bungled and botched operation”.

The Arab source and the Turkish intelligence source said the audio of the Skype call is now in the possession of Turkish President Tayyip Erdogan. The sources say he is refusing to release it to the Americans.

Erdogan said on Sunday he would release information about the Turkish investigation during a weekly speech on Tuesday. Three Turkish officials reached by Reuters declined to comment ahead of that speech.

The senior Saudi official who laid out the official version of events – that Khashoggi had got into a fight – said he had not heard about Qahtani appearing via Skype, but that the Saudi investigation was ongoing.

Qahtani, 40, has earned a reputation at home as both a violent enforcer of princely whims and as a strident nationalist. In blogs and on social media, some liberal Saudi journalists and activists dubbed him the Saudi Steve Bannon for his aggressive manipulation of the news media and behind-the-scenes strategizing.

Qahtani wrote odes on Twitter to the royal family under the pen name Dari, which means predator in Arabic. Some of his opponents on social media call him Dalim, a figure in Arabic folklore who rose from being a lowly servant to much greater heights.

According to his biography on his Twitter account, Qahtani studied law and made the rank of captain in the Saudi air force. After launching a blog, he caught the eye of Khaled al-Tuwaijri, the former head of the royal court, who hired him in the early 2000s to run an electronic media army tasked with protecting Saudi Arabia’s image , according to a source with ties to the royal court.

Tuwaijri is under house arrest and could not be reached for comment. 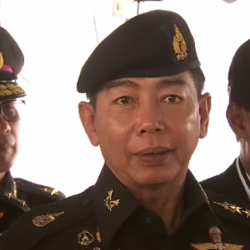