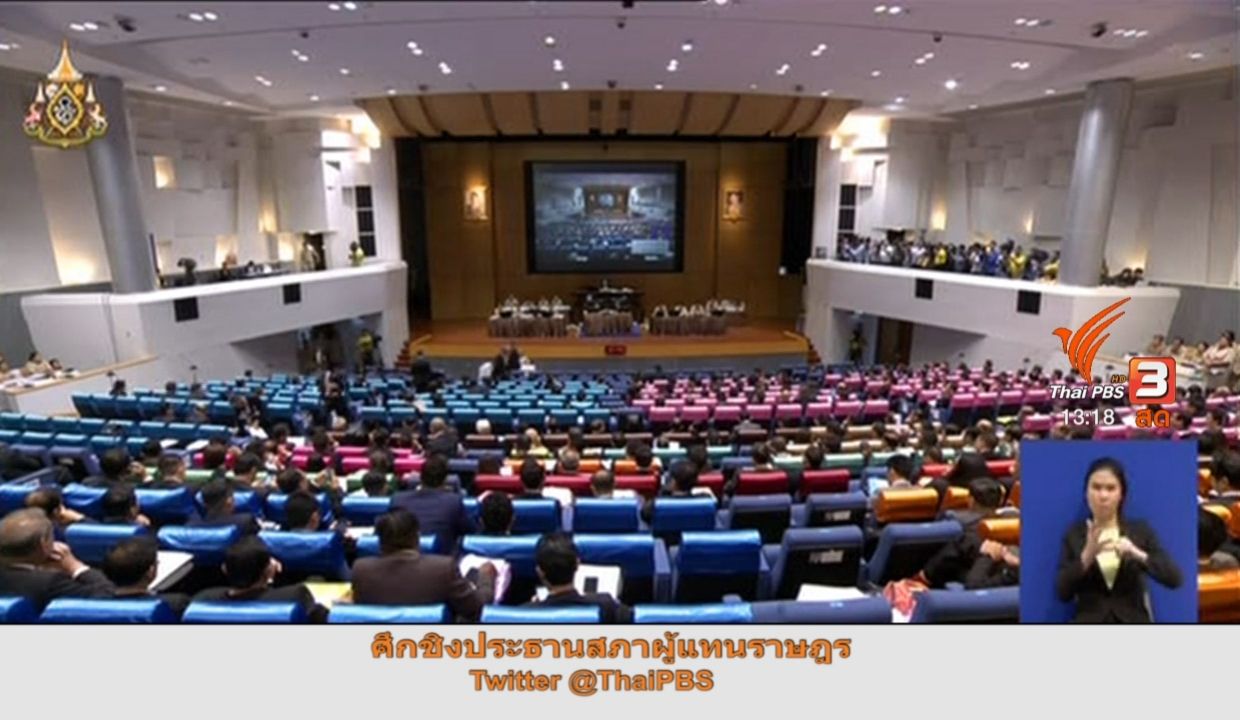 The first meeting of the House of Representatives was anything but smooth and orderly as it was marred by protests and boos from several MPs, who were apparently venting their pent-up frustration after being gagged for the past five years under the junta’s rule.

The first sign of disorder emerged when the House secretary-general, Mr. Sorasak Pienwech, read an order by the Constitutional Court temporarily suspending Future Forward party leader Thanathorn Juangroongruangkit’s parliamentary membership over his media share ownership controversy. Thanathorn asked for permission to respond to the reading of the court’s order only to be rejected by Mr. Chai Chidchob, the senior-most MP, who assumed the role as the interim House speaker.

As Mr. Chai tried to explain to Thanathorn his status after the charter court’s ruling, Mr. Mongkolkit Sooksintharanont, leader of the Thai Civilized Party, loudly interjected urging the speaker to stop talking and allow the Future Forward party leader to make his statement.

Mongkolkit’s intervention prompted several other MPs of the Palang Pracharat camp to protest noisily, with some shouting that Thanathorn had no right to make a statement after he was suspended as an MP.

Unperturbed by the protests, Thanathorn briefly said that he acknowledged and accepted the court’s ruling, drawing applause from his fellow MPs and supporters from the Pheu Thai party.

More protests followed after a Palang Pracharat MP Veerakorn Kamprakob asked the House to adjourn the election of the House speaker without explaining the reason. Members of the Pheu Thai and Palang Pracharat parties were allowed by Mr. Chai to debate whether the House meeting agenda should be postponed.

During the debate, Mr. Virat Rattanaseth of the Palang Pracharat told the House that the party’s executive committee needed to come up with a new resolution on the candidate for the House speakership after it made a last-minute change to withdraw its candidate, Mr. Suchart Tancharoen, from the race and, instead, decided to support the candidacy of Mr. Chuan Leekpai, the Democrat party’s chief advisor and former prime minister.

Shortly before noon, the House meeting was adjourned for lunch, and resumed in the afternoon. 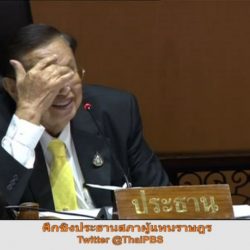 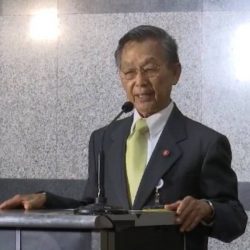