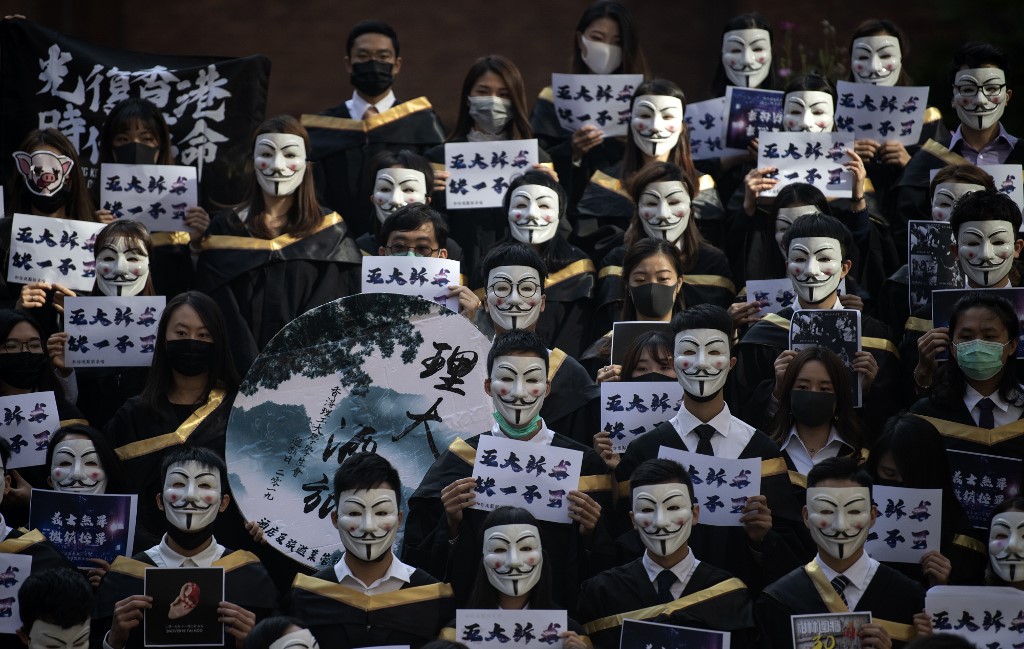 University students wear Guy Fawkes masks, popularised by the ‘V For Vendetta’ comic book film, before their graduation ceremony at the Hong Kong Polytechnic University in Hong Kong on November 5, 2019, to mark a month after a colonial-era Emergency Regulations Ordinance to prohibit the use of face covering at protests came into effect, following its announcement by Chief Executive Carrie Lam on October 4. (Photo by NOEL CELIS / AFP)

The White House has not threatened to veto the measure and Trump is expected to sign it, according to a source familiar with the matter.

The Hong Kong Human Rights and Democracy Act passed the House of Representatives by 417 to 1, one day after the Senate unanimously passed the measure, provoking an outcry from Beijing.

The bill requires the US president to annually review the favorable trade status that Washington grants to Hong Kong, and threatens to revoke the coveted status that the semi-autonomous Chinese territory enjoys with the United States if its freedoms are quashed.

The House, by 417 votes to 0, also approved Senate-cleared legislation that would ban sales of tear gas, rubber bullets and other equipment used by Hong Kong security forces.

The bills set up a potential conflict between the two economic superpowers that could jeopardize a major trade deal which has been under negotiation for months.

The bill’s passage could further inflame trade tensions between the two nations, an issue Trump addressed directly on Wednesday when he said Beijing has yet to make sufficient concessions in trade talks, making him reluctant to conclude a bargain.

“I can tell you this. China would much rather make a trade deal than I would,” he told reporters while touring a computer manufacturing facility in Texas.

“I don’t think they’re stepping up to the level that I want.”

Top House Republican Kevin McCarthy hailed the vote as a warning to Beijing.

“China is taking aggressive action to impose total control through surveillance, political pressure and, as we saw this weekend, brute force,” McCarthy said.

Congress voted, he added, “to protect American interests and hold China accountable for its misconduct.”

The votes marked an unusually strong show of bipartisanship in divided Washington.

“For 24 consecutive weeks, the people of Hong Kong have been asking for their democracy, freedoms and promised autonomy to be respected,” Senate Democrat Ben Cardin said in a statement.

“Congress has heard their pleas and now we have additional tools to back up our long-time commitment to Hong Kong with action.”

Republican Senator Marco Rubio said that as the Chinese Communist Party violates “basic rights” of the Hong Kong people, “the United States must make clear that we continue to stand with Hong Kongers fighting for their long-cherished freedoms.”

The rights bill passed as dozens of pro-democracy protesters stood firm inside a besieged Hong Kong university, where a four-day standoff against police has caught the world’s attention.

The city has suffered nearly six months of increasingly savage anti-China protests and unrest that began over a now-shelved bill to allow extraditions to China, which revived fears that Beijing was slicing into the city’s freedoms. 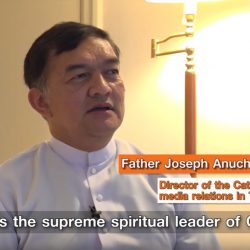 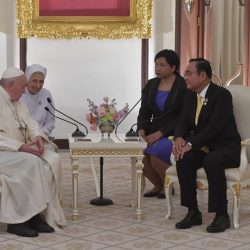 Pope: The commitment to live in justice, solidarity and harmony