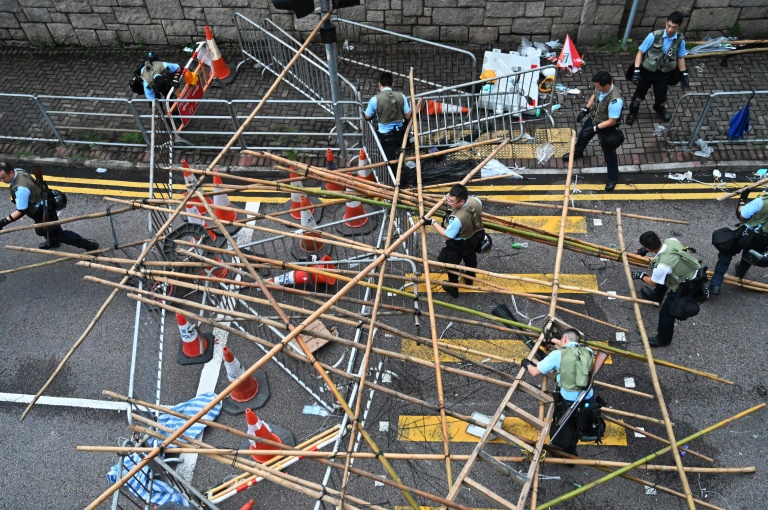 Hong Kong protest leaders announced plans for another mass rally on Sunday, escalating their campaign against a China extradition bill a day after police cleared them from the streets using volleys of tear gas and rubber bullets.

The move sets up a fresh confrontation with the city’s government which has refused to withdraw the proposed law and has the staunch backing of Beijing, which described the protests as “riots”.

The international finance hub was rocked by the worst political violence since its 1997 handover to China on Wednesday as tens of thousands of protesters who had swarmed the city’s parliament were dispersed in chaotic scenes.

Sporadic demonstrations broke out again on Thursday, with occasional scuffles with police, but crowds were much smaller and there was no repeat of the running battles of the day before.

The government attempted to lower the temperature by indefinitely postponing a parliamentary debate on the bill which had been scheduled for Wednesday and triggered the scenes at parliament.

But demonstrators have vowed no let up in their campaign, calling for a rally on Sunday and a city-wide strike on Monday.

“(We) will fight until the end with Hong Kong people,” said Jimmy Sham from the Civil Human Rights Front, the main protest group, adding that they had applied for permission to hold the weekend rally.

“When facing ignorance, contempt and suppression, we will only be stronger, there will only be more Hong Kong people,” he told reporters.

The CHRF organised a huge rally against the bill on Sunday which they said drew more than a million people.

It has little control over groups of largely leaderless, young crowds of more hardline demonstrators at the vanguard of confrontations with police.

The police response has drawn criticism from a range of influential bodies including lawmakers, journalists and legal groups, with calls for an independent inquiry into “excessive force” from a top legal body that helps elect the city’s leader.

The Hong Kong Bar Association also said the police “may well have overstepped its lawful powers” with “wholly unnecessary force against largely unarmed protesters who did not appear to pose any immediate threat to the police or the public”.

But Beijing said it fully supported the city authorities’ handling of the protests.

“What happened in the Admiralty area was not a peaceful rally, but a riot organised by a group,” Chinese foreign ministry spokesman Geng Shuang told reporters, referencing the district where the worst violence took place.

“We support the Hong Kong government’s dealing of the situation in accordance with the law.”

The extradition bill has united an unusually wide cross section of Hong Kong against the proposal — from lawyers and influential business groups to students and activists and religious leaders.

The plans were put forward by the city’s pro-Beijing leader Carrie Lam, who has seen her approval ratings take a nosedive.

The government says it is necessary to fix a loophole that prevents Hong Kong from sending criminal suspects back to jurisdictions they have fled — including to mainland China.

Lam has shown no signs of backing down, even after the massive peaceful rally on Sunday. Instead she has vowed to press ahead with the law change and called the protests “organised riots”.

But opponents say the legislation would be abused by an increasingly assertive Beijing to pursue its political enemies and to ensnare dissidents in an opaque and politically motivated justice system.

The European Union called for the “fundamental right” of Hong Kongers to assemble and express themselves to be respected as it became the latest grouping to add its voice to a growing chorus of criticism of the bill.

The EU “shares many of the concerns raised by citizens of Hong Kong”, it said, drawing an angry response from China which dismissed the comments as “irresponsible and erroneous”.

The bloc said the proposed law had “potentially far-reaching consequences for Hong Kong and its people, for EU and foreign citizens, as well as for business confidence in Hong Kong”.

British Prime Minister Theresa May said it was vital the proposed law did not breach the Sino-British Joint Declaration signed in 1984 setting out the terms of the city’s return to China.

Speaking in parliament, she said her government was concerned about the “potential effects of these proposals particularly, obviously given the large number of British citizens there are in Hong Kong”.

US President Donald Trump told reporters in Washington he could “understand the reason for the demonstration” and said he hoped “it all works out for China and for Hong Kong”. 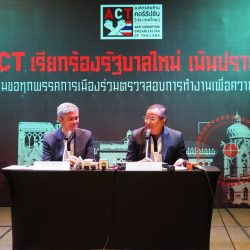 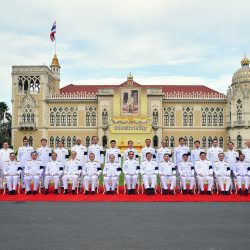