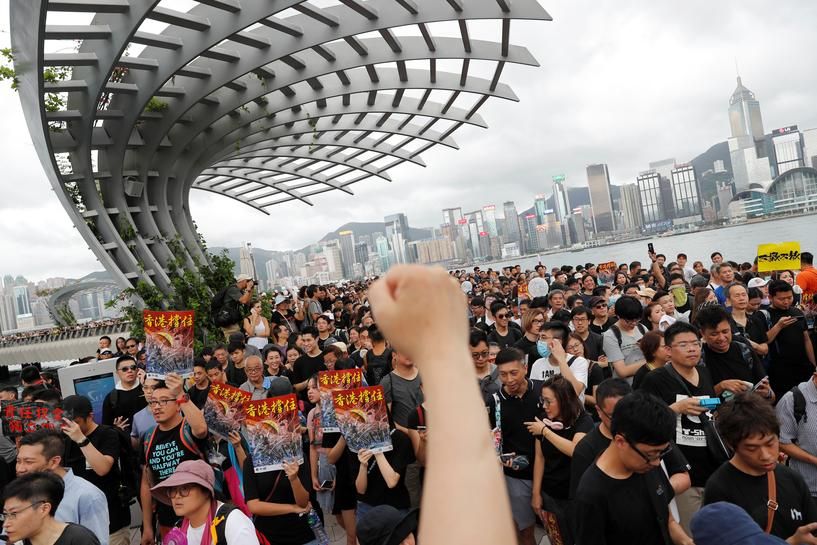 HONG KONG (Reuters) – Tens of thousands of protesters took to the streets of one of Hong Kong’s main tourism districts on Sunday to explain to mainland Chinese visitors their opposition to an extradition bill that has plunged the city into political turmoil.

Protests against the now-suspended bill have drawn millions of people onto the streets of the former British colony in recent weeks in what has become the greatest popular challenge to Chinese President Xi Jinping since he took power in 2012.

The bill, which would allow people to be sent to mainland China for trial in courts controlled by the Communist Party, has triggered outrage across broad sections of Hong Kong amid concerns it threatens the much-cherished rule of law that underpins the city’s international financial status.

Hong Kong returned to Chinese rule in 1997 under a “one country, two systems” formula that allows freedoms not enjoyed in mainland China, including the right to protest and an independent judiciary.

Demonstrators besieged and ransacked the legislative building in the heart of the city on Monday before they were driven back by police firing tear gas.

The protests have received little coverage in mainland China, where censors have blocked most news of the largest demonstrations since the bloody suppression of pro-democracy protests centred on Beijing’s Tiananmen Square in 1989.

Protesters marched through Tsim Sha Tsui, a popular shopping destination dotted with luxury shops, on Sunday to try to take their message directly to mainland Chinese tourists for the first time.

The short march was slated to finish at the city’s high-speed rail station that connects Hong Kong to the mainland, a potentially sensitive spot after part of the facility came under Chinese jurisdiction in September in another move that raised concerns about Hong Kong’s promised autonomy.

Lau Wing-hong, one of the protest organisers, said the rally would be peaceful and would finish after demonstrators arrived at their destination near the train station. There were no plans to enter the station, he said.

Police and train staff guarded every exit of the station. Travellers wheeling suitcases said they were not aware of the protests and did not know about the extradition bill. They told Reuters they understood the government had blocked off sections of the station for security.

Hong Kong’s MTR Corp Ltd, which runs the city’s metro, said it would shut all entrances to the West Kowloon station apart from a specific route for passengers. Food and beverage outlets would also be closed.

A Chinese tourist from Xiamen, who would only give her surname of Huang, said she had come with her family and was staying in Tsim Sha Tsui, where protesters had handed out flyers.

“I don’t know the detail of protest, but I will respect Hong Kong people’s right to march. It hasn’t largely affected my travelling plan,” she said.

Broadcaster RTHK said more than 1,000 police officers would be on standby. Police said on Sunday some roads would be closed temporarily and public transport would be diverted.

Hong Kong’s Tourism Association has also said some travel agencies would stay away from Tsim Sha Tsui on Sunday.

Organisers produced witty advertisements to urge people to join the march. “Dear magicians, if you were unable to turn the cold-hearted into warm-hearted, take to the streets with us on July 7,” said one.

The extradition bill, which has left Hong Kong Chief Executive Carrie Lam clinging to her job, would cover Hong Kong residents and foreign and Chinese nationals living or travelling through the city.

Lam has offered closed-door talks to students from two universities but activists said they want the discussions to be open to the public and called for a halt to investigations of protesters. Police began arresting protesters this week.

Nearly 2,000 people marched in the northwestern residential district of Tuen Mun on Saturday to protest against middle-aged mainland women they accused of brashly singing and dancing to pop songs in Mandarin. 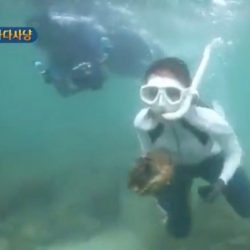