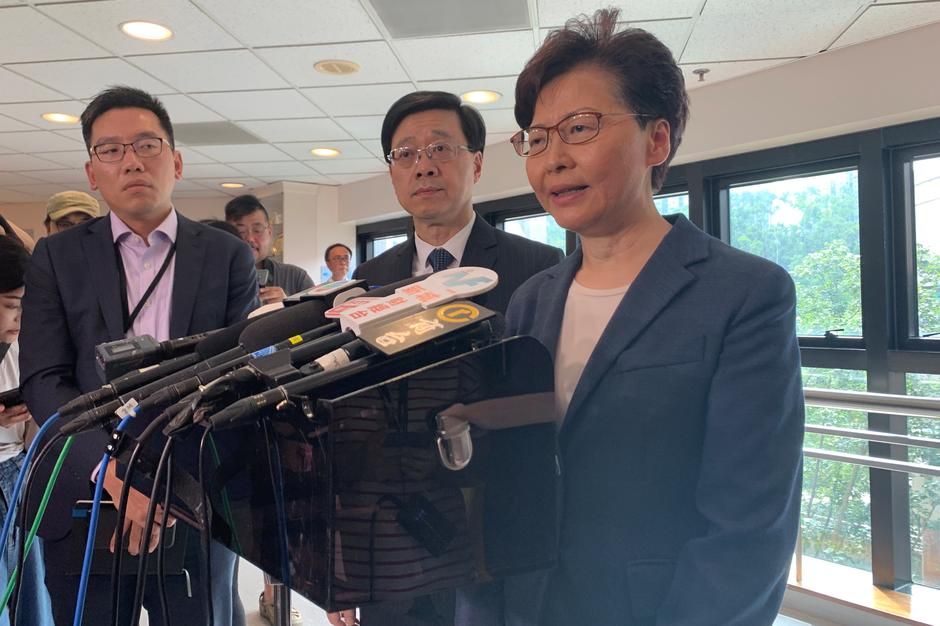 HONG KONG (Reuters) – Hong Kong leader Carrie Lam said on Monday protesters who clashed with police on the weekend were rioters, a legally loaded term in the city, and she supported the police in upholding the law and seeking perpetrators.

Lam made the comments at a hospital where she visited three police officers injured in violent disturbances on Sunday between police and demonstrators angry about an extradition bill.

Hong Kong has been rocked by large and sometimes violent street protests over the past month against the extradition bill, which many city residents see as a threat to their freedoms, plunging the former British colony into its biggest political crisis since it was handed back to China in 1997.

“We thank the police officers for maintaining social order loyally and professionally, but they have suffered in attacks from those rioters – they can be called rioters,” she said.

Some activists have been demanding that the government avoid using the term “riot” to refer to the protests. A conviction for rioting in the financial hub can carry a 10-year prison sentence.

Tens of thousands of people attended Sunday’s protest which ended in chaos in a shopping mall, with scores of protesters threw umbrellas, hard-hats and plastic bottles at police who fired pepper spray and hit out with batons.

Lam said more than 10 police were injured with six hospitalized.

The government information office said 28 people, including police, were injured.

Security chief John Lee said the government was concerned at an apparent escalation of violence by activists who threw bricks and iron bars.

“We found that people who attacked the police were very organized … they are well-planned and there are plans to deliberately do damage and disrupt social stability,” Lee said as he visited the hospital with Lam.

Their comments come as the city’s biggest police union is urging police chief Lo and his top brass to better protect rank-and-file staff as they brace for more violence.

The Junior Police Officers’ Association said in a letter to police force management on Sunday it wanted guarantees that Lo and his senior managers could ensure their “safety and mental health”.

Force chiefs should not dispatch staff to dangerous situations “unless the management has confidence in the conditions, including tactics and equipment”, the association said in the letter, a copy of which was seen by Reuters.

Hong Kong returned to Chinese rule in 1997 under a “one country, two systems” formula that guarantees freedoms for 50 years that are not enjoyed in mainland China, including the right to protest and an independent judiciary.

But many residents worry about what they see as an erosion of those freedoms and a relentless march toward mainland control. Beijing denies interfering in Hong Kong affairs.

The extradition bill that has sparked the protests would have allowed criminal suspects in Hong Kong to be sent to China to face trial in courts controlled by the ruling Communist Party.

Critics say that would threaten Hong Kong’s rule of law and its place as an Asian financial hub.

Demonstrations have drawn hundreds of thousands of people into the streets since early June.

Under pressure, Lam suspended the bill in mid-June and last week declared it “dead”, but opponents say they want to see its formal withdrawal from the legislative process.

Protesters have recently seized upon the widespread anger over the bill to draw attention to a litany of other grievances, including the territory’s relative lack of democracy and mainland traders, blamed by Hong Kong residents for fuelling inflation.

The protesters have also taken their campaign out of the main business and government district on Hong Kong island to other spots around the territory, including the town of Sha Tin where the protest march and clashes happened on Sunday.

China has condemned the protests in Hong Kong as an “undisguised challenge” to the formula under which the city is ruled, and as a threat to its prosperity.

Chinese state media has accused Western forces of instigating the unrest as a way to put pressure on the central government. 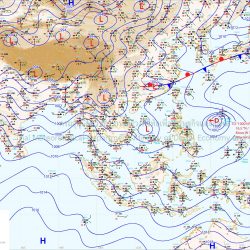 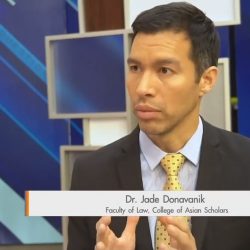