Police said they fielded complaints that some people booed during the award ceremony when China‘s national anthem was played, according to local media. Some shouted “We are Hong Kong,” South China Morning Post reported on Friday.

“The police have launched an investigation into the incident and will collect relevant evidence,” police told Reuters in a statement. It gave no further details.

Hong Kong passed a law in June 2020 that criminalised disrespect of China‘s national anthem. Anyone found guilty of misusing or insulting the anthem could be jailed for up to three years and fined.

Monday’s shopping mall broadcast was a rare occasion for Hong Kong people to gather, with groups limited to a handful of people since early 2020 because of the coronavirus.

COVID-19 and a sweeping national security law imposed by Beijing in June last year have effectively put an end to mass pro-democracy protests that started in 2019 against China‘s tightening grip on the former British colony.

Since the law took effect, the most prominent pro-democracy politicians and activists have been charged and some sent to jail. Others have fled the city and are in self-exile.

Chinese and Hong Kong authorities say the law was vital to restore stability and that all prosecutions are based on evidence and have nothing to do with the persons’ background or profession. 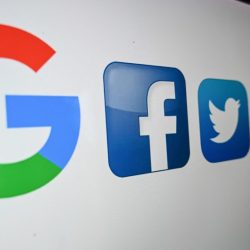