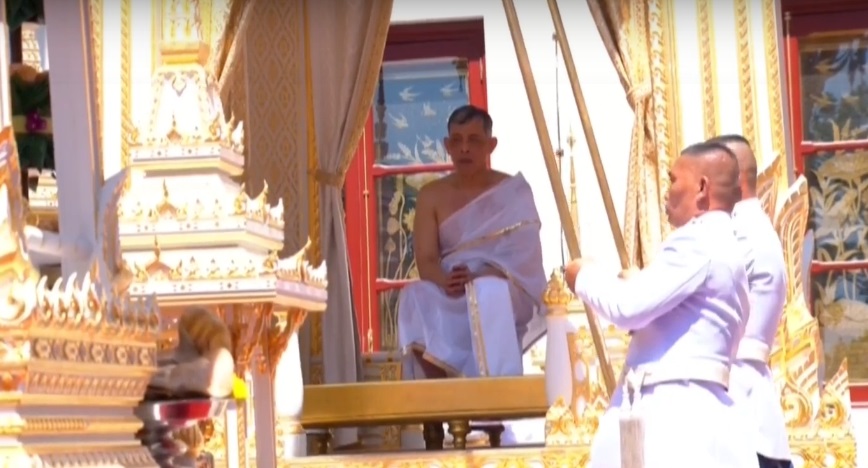 During the ceremony, the King was seated on a ceremonial chair as the Supreme Patriarch poured sacred water from a bowl on the back of his body and later on the palms of his hands as the guard of honour at Sanam Luang fired a cannon salute.

The holy water used in the ceremony was drawn from nine sources:  four from sacred ponds in Suphan Buri province and five from Petchaburi, Ratchaburi, Chao Phraya, Pasak and Bang Pakong rivers.

The King later received sacred collected from sacred sources in 77 provinces across the country.

After the Purification Ceremony, HM the King changed his form of attire from a white saffron robe to full ceremonial uniform for the anointment ceremony.

The anointment ceremony was conducted in the Baisal Daksin Throne Hall,  with Prime Minister Prayut Chan-o-cha, Privy Council President Prem Tinsulanonda, Supreme Court President Cheep Chulamon, President of the National Legislative Assembly Pornpetch Wichit Cholachai and four other senior government officials, in attendance, each standing on one of the eight points of the compass, representing the country, to offer holy water to the King for the anointment. 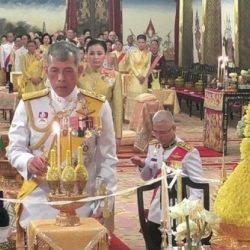 Royal plaques of the King’s title, horoscope and Royal Seal of the State transferred to the Temple of the Emerald Buddha 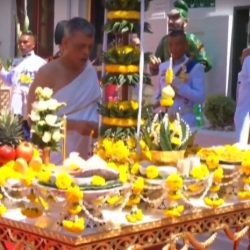