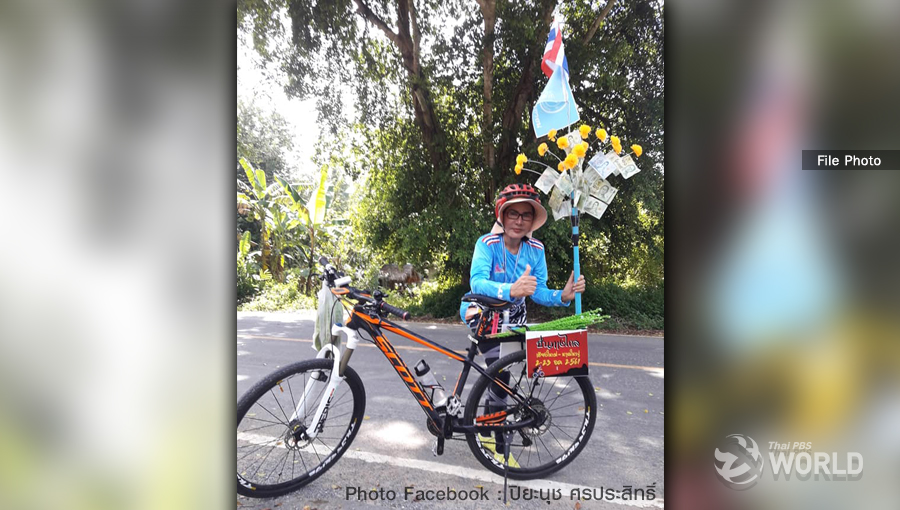 His Majesty the King has accepted under his patronage a bicyclist who was seriously injured after she was hit by a pickup truck during a cross-country journey by bike to solicit fund to buy medical equipment for a state hospital in the southern district of Hat Yai.

The accident took place at about 9.26 am on December 11 on Petkasem highway in Tambon Lampaya, Muang district of Nakhon Pathom as the victim, 53-year old Mrs Piyanut Sornprasit, was stopping by a roadside to receive donations from passers-by.

The pickup truck, driven by Pongthep Sungthong and apparently running at high speed, slammed into Mrs Piyanut hurling her onto its back.

The report about HM the King’s help for the victim was relayed to the victim’s family by Dr Rujira Khempetch, deputy director of Nakhon Pathom provincial hospital where the victim is being treated in an intensive care unit.

She said the hospital’s medical staff has been doing its best to treat the victim and her condition now is stable although she remains unconscious and being administered with respiratory equipment.

A management team from Hat Yai hospital came to visit the victim on Thursday and offered to arrange for her return to Hat Yai for further treatment if she is fit enough for the transfer.

Ms Pankorn, the victim’s youngest daughter, who is studying at a university in China, flew in to be on the bedside of her mother.  She said that her family and herself were very grateful to HM the King for the help provided to her mother and hoped that there would be a miracle to restore the health of her mother so she could carry on with the charity work.

Ms Pankorn disclosed that before the accident, she called her mother from China to ask her about the charity journey and asked her to stop and go home if she felt tired.  However, she said her mother refused to stop and vowed to complete the journey.

Mr Arun Kongmongkon, president of the Na Muang bicycle club of which Mrs Piyanut is a member, said that the association had so far collected close to two million baht in donations from members of the public.

He said the rest of the cyclists were going on with their charity bike ride on their way home to Hat Yai and expected to arrive at their destination on December 23. 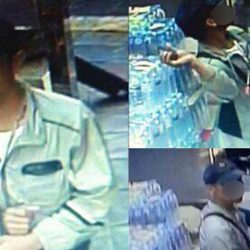 After 4 years of manhunt, suspect in grenade attacks on Suthep-led protests is nabbed 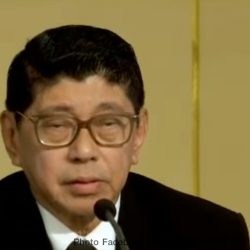