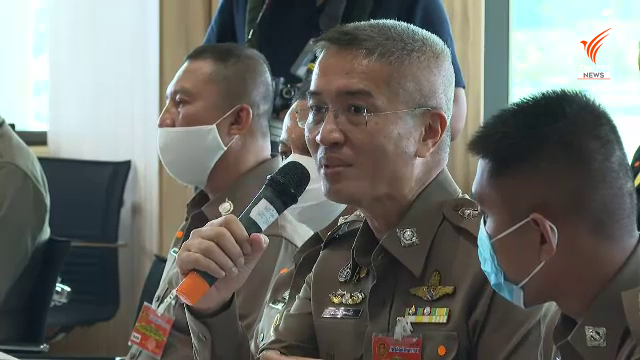 Pol Lt Col Thanasait Taengchan testifies before the House committee on law, justice and human rights. He holds the key to some crucial answers of the case.

The spotlight in the much-publicized hit-and-run incident involving an heir to the Red Bull business empire is now back on a police forensic expert whose account was crucial in leading to the public prosecutor’s decision to drop the case.

Police Lieutenant Colonel Thanasit Taengchan was a forensic expert at the Central Police Forensic Science Division in 2012 when Vorayuth Yoovidhya’s Ferrari slammed into a motorcycle driven by a police officer on a Bangkok street, killing him on the spot.

Thanasit investigated the scene of the incident along with an expert from Chulalongkorn University and concluded that Vorayuth was driving at a speed of 177 km/h.

Under intense grilling by members of the House committee on law, justice and human rights on Thursday, the police officer helped shed light on why he reversed his initial estimate of the car speed which eventually led to Vorayuth’s acquittal.

He revealed that the whole investigation into the high-profile hit-and-run case took a crucial turn in 2016 when an automobile safety engineer offered his belated estimate of the car speed to police investigators.  And that was four years after the incident took place.

He said the engineer, Saiprasit Kerdniyom of the King Mongkut’s University of Technology North Bangkok, claimed that Vorayuth was doing a speed of only 77 km/h when his Ferrari rammed into the motorcycle driven by Pol Sgt Maj Wichian Klanprasert.

He said Saiprasit then demonstrated to him the method he used in estimating the speed of Vorayuth’s vehicle.

Despite the big discrepancy between his own estimate and that of Saiprasit, Thanasit said he was convinced enough to alter his investigation report, putting Vorayuth’s car speed at 77 km/h.

When queried by House committee members why he adopted Saiprasit’s estimate without question, he said: “Saiprasit is a well-respected academic with proven records. There was no reason to doubt him.”

The police officer, however, insisted that he did have a second thought later on and after some scrutiny found Saiprasit’s estimate to have a wide margin of error.  That prompted him to try to have the final report on the case revised to include his initial estimate of 177 km/h.

But by that time, he claimed that it was too late.  His superior told him that the final police report on the case had already been sent to the public prosecutor and nothing more could be done.

Also excluded from the police report was another speed estimate by Dr. Sathon Vijarnvannalak, a physicist of Chulalongkorn University. Dr Sathon, who was an advisor to the Central Police Forensic Science Division, investigated the scene of the incident with Thanasit and concluded that Vorayuth’s car was travelling at a speed of 177 km/h.

Also testifying before the House committee on Thursday, Dr Sathon stood by his estimate which he insisted had been submitted directly to the police forensic division. He said he was not aware that his estimate was never mentioned in the final police report to the public prosecutor.

In short, only Saiprasit’s speed estimate was mentioned in the police report.

It was Net Narksuk, then a deputy attorney general, who decided not to have Vorayuth prosecuted.  He told the same House committee on Thursday that his decision was based entirely on the evidence stated in the police report.

He said since police investigators concluded that Vorayuth was doing only 77 km/h at the time of the incident, he could not possibly be prosecuted for reckless driving causing death as charged.  Besides, he said the police report also quoted two witnesses as claiming they saw the police officer’s motorcycle abruptly change lanes and cut the Ferrari off.

One of the witnesses died in a road accident in Chiang Mai only days before he was to appear before the House committee.  The circumstances of the accident are still being investigated.

Net resigned as deputy attorney general on Tuesday, saying he wanted to protect the credibility of his organization.

During his testimony, police forensic expert Thanasit was under pressure to say whether there was inference in the investigation process of the case.

Rangsiman Rome, an MP of the Move Forward Party and a member of the House committee, challenged the police officer to be straightforward in his testimony.  “It looks like you are now a scapegoat and you have a chance today to speak the truth,” he said.

Thanasit, however, did not respond.

The police officer is now believed to be holding a key to unravelling some of the mysteries in the investigation process of the case.   Some members of the House committee have expressed concerned about his safety. 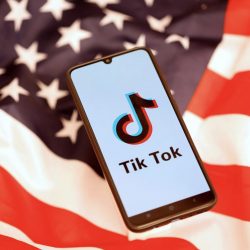