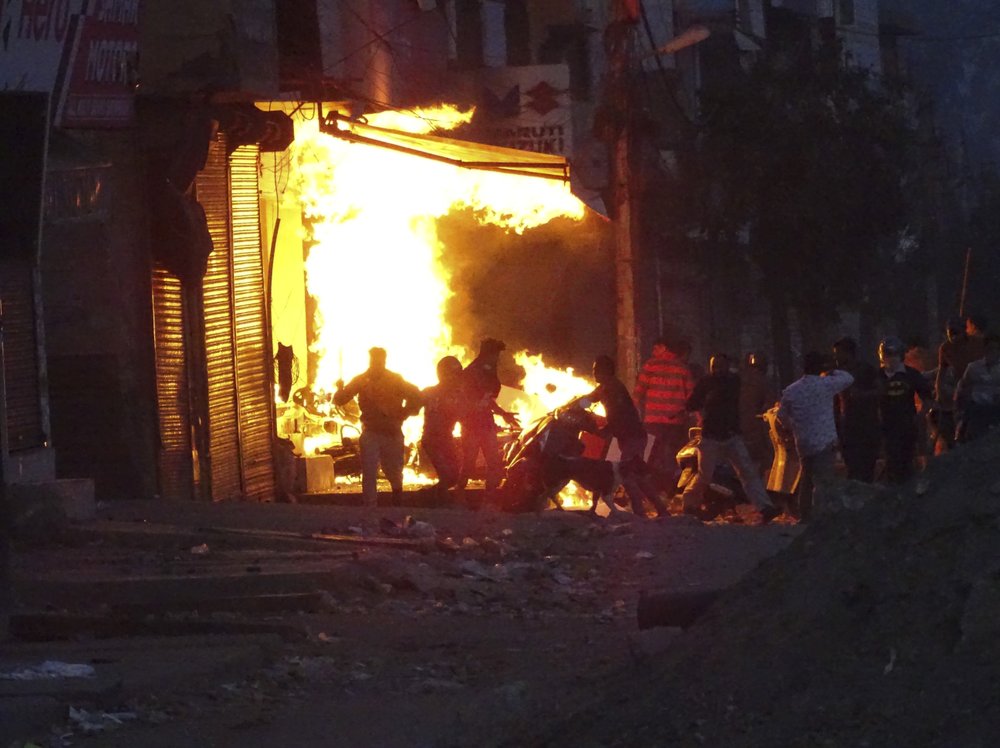 A shop burns as a mob sets it on fire during violence between two groups in New Delhi, India, Tuesday, Feb. 25, 2020. At least 10 people were killed in two days of clashes that cast a shadow over U.S. President Donald Trump’s visit to the country. (AP Photo)

After his talks with Prime Minister Narendra Modi, Trump told reporters he had heard about the violence but did not discuss it with Modi.

Black smoke rose into the sky over northeastern New Delhi after Hindu protesters set fruit and vegetable shops and a Muslim shrine on fire, witnesses said.

Sunil Kumar, medical director of the Guru Teg Bahadur Hospital, said Wednesday the death toll in the violence stood at 13.

In addition to the deaths, at least 186 people — 56 police officers and 130 protesters — have been injured in the clashes since Monday, said Anil Kumar, a New Delhi police spokesman.

The Press Trust of India news agency reported said police have arrested one person and detained 20 people for questioning for alleged involvement in the violence.

India has been rocked by violence since Parliament approved a new citizenship law in December that provides fast-track naturalization for some foreign-born religious minorities but not Muslims. Critics have said the country is moving toward a religious citizenship test.

“I don’t want to discuss that. I want to leave that to India and hopefully they’re going to make the right decision for the people,” he said.

The group of protesting Hindus shouted praise for Hindu gods and goddesses. Police fired tear gas to disperse them and a group of rival Muslims. The two groups retreated to the opposite sides of a highway.

Also Tuesday, protesters in several other areas of northeastern New Delhi defied orders prohibiting the assembly of more than five people, throwing stones and setting several shops and vehicles on fire, said a police officer who spoke on condition of anonymity because he was not authorized to disclose details. Some homes were attacked with rocks.

Television images showed the streets in the violence-hit areas littered with mangled remains of vehicles, bricks and burnt tyres, mute testimony to the violence and bloodshed that took on a communal taint on Monday.

Police characterized the situation as tense but under control. Police and paramilitary forces sent reinforcements to quell the clashes.

During Monday’s protests, police fired tear gas and used canes as they charged protesters in several areas of New Delhi. The rival groups hurled rocks at each other and set houses, shops, vehicles and a gasoline pump on fire. Police closed two metro stations.

One police officer was killed in the violence after he was hit by rocks, police officer Anuj Kumar said. Eleven other officers were injured by rocks as they tried to separate rival groups, police said. 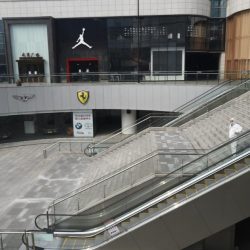 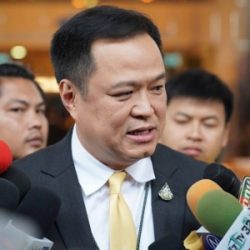