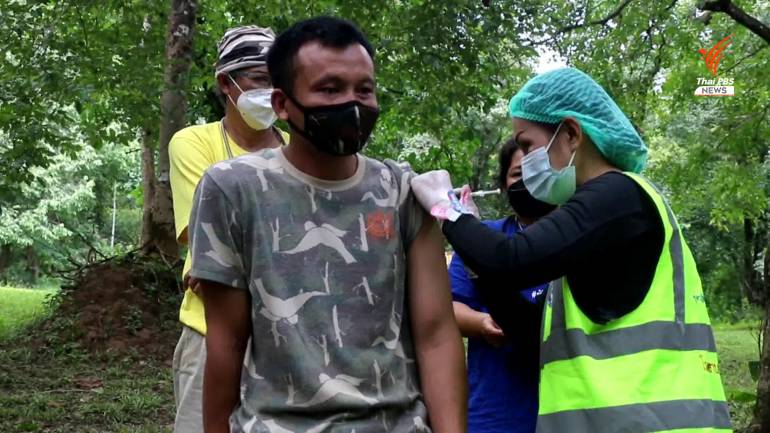 A team of health volunteers from Sangkhla district, in Thailand’s western province of Kanchanaburi, spent six days and five nights of camping in the jungle to reach a remote forest, close to the Thai-Myanmar border, to inoculate 164 members of an ethnic Karen community.

Although the distance from Sangkhla district to the Ban Jakae village, in Laiwo sub-district, is just 80km, the gruelling journey, through the rugged terrain of the tropical rain forest, took six days.

The convoy of three pickup trucks had to struggle along muddy roads and through the raging current of a creek. On various occasions a winch was used to pull the vehicles out of the thick mud.

With no accommodation available in the jungle, the team of a retired volunteer doctor, Dr. Panya Sunthornthiti, a few nurses and local officials, had to sleep in tents. 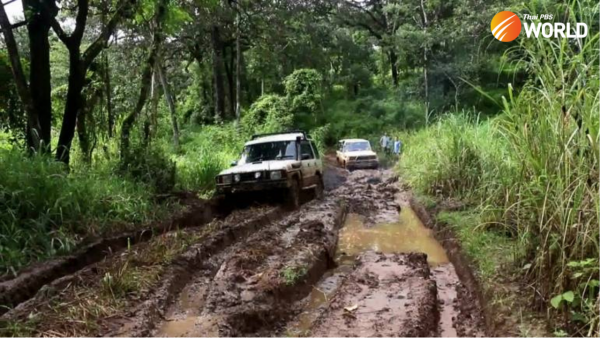 Despite the natural obstacles, Dr. Panya told Thai PBS that the team had to reach the village to inoculate the villagers, who had signed up for inoculation with Sinopharm vaccine, purchased by the Tambon Administration Organization of Laiwo sub-district from the Chulabhorn Royal Academy.

He said that the vaccination of 164, out of over 2,500 in the jungle village, would help to build herd immunity to protect the rest of the villagers from COVID-19 infections, for which treatment would be almost impossible, due to the rugged terrain, and the only means of rapid transport being by helicopter. 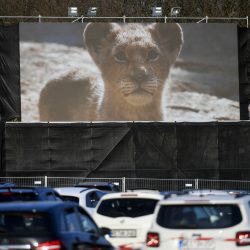