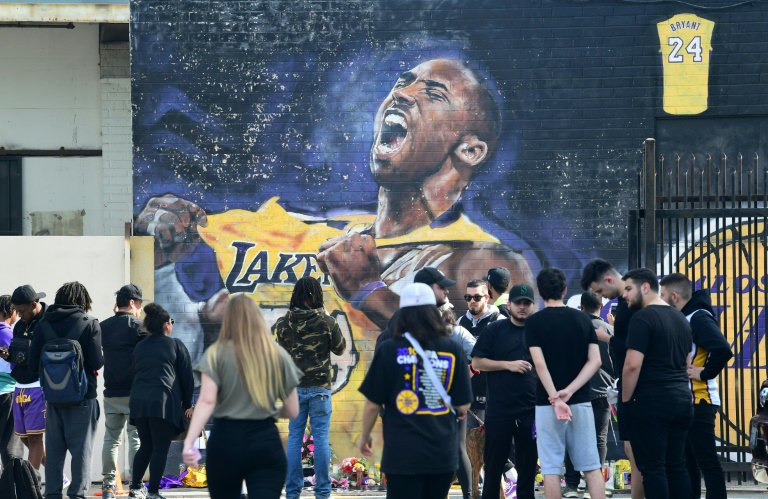 The Los Angeles Lakers, reeling from the death of team icon Kobe Bryant, “want to represent what Kobe was about” as they press ahead with the NBA season, coach Frank Vogel said Wednesday.

“We want to represent what Kobe was about more than anything,” Vogel said. “We’ve always wanted to make him proud, and that’s not going to be any different here.”

Vogel, 46, spoke to reporters at the team’s practice facility, where star players including LeBron James and Anthony Davis turned out but did not meet with the media.

Vogel said the club had a simple directive for players still coming to terms with Bryant’s death in a helicopter crash on Sunday: “You guys can speak when you’re ready, and not before.”

But the timetable for returning to NBA action is set, with the Lakers to host the Portland Trail Blazers at Staples Center arena on Friday.

That’s less than a week since Bryant, his 13-year-old daughter Gianna and seven other people were killed when the Sikorsky S-76 slammed into a rugged hillside in thick fog in Calabasas, northwest of Los Angeles.

The helicopter was headed to Bryant’s Mamba Sports Academy in Thousand Oaks, where his daughter was set to play a basketball game.

When the team convened on Tuesday, Vogel said, “We did some things that we thought would be therapeutically beneficial.

“We got in the gym for some team shooting work, no real practice working on anything in particular. I wanted our guys to come in mentally free but to get a sweat, touch the ball and be around each other.

“Then we had a lunch where we all just spent time together and grieved together.”

That lunch reportedly included sharing tales of Bryant, but Vogel found himself unable to offer any such reminiscences on Wednesday.

“There’s some questions I’m just not ready to answer,” said the coach, who had to ensure that every team member had been informed of Bryant’s death.

“It’s just strengthened what we’ve felt all year about our current group, which is we’ve become a family in a very short time.

“It’s something that you talk about in the NBA with your teams, but this group in particular has really grown to love each other very rapidly and we understand the importance and the opportunity we have this year,” Vogel said of a squad that takes a Western Conference-leading record of 36-10 into the game against Portland.

“This has just brought us closer together.”

Ticket prices for Friday’s game, where the Lakers are expected to honor Bryant’s memory, have skyrocketed on re-sale site StubHub.com, with seats priced at hundreds — and in some cases thousands — of dollars above their face value.

Meanwhile, Vanessa Bryant broke her silence on Wednesday, saying she is “devastated” and struggling to imagine life without her husband and daughter.

“We are completely devastated by the sudden loss of my adoring husband, Kobe — the amazing father of our children; and my beautiful, sweet Gianna,” Vanessa wrote in an Instagram post.

She said they are fighting to keep going and take comfort in the memories of the life they had together.

“Kobe, and our baby girl, Gigi, are shining on us to light the way. Our love for them is endless — and that’s to say, immeasurable.

“I just wish I could hug them, kiss them and bless them. Have them here with us, forever.”

Also, federal investigators completed their inspection of the crash site and handed it over to local authorities.

Police on horseback and all-terrain vehicles were brought in to secure the area, which was becoming a pilgrimage point for fans.

A preliminary, fact-based report on the accident is expected in 10 days, according to Jennifer Homendy of the National Transportation Safety Board (NTSB).

But a final report on the probable cause of the accident, described as a “high energy impact crash,” won’t be issued for 12-18 months.

The helicopter was not equipped with a cockpit voice recorder or flight data recorder.

Nor did it have the terrain awareness and warning system (TAWS) that the NTSB had recommended be made mandatory on all helicopters with six or more passenger seats.

It’s not certain that TAWS could have prevented the crash, with Homendy saying only that it “could have helped to provide information to the pilot on what terrain the pilot was flying in.” 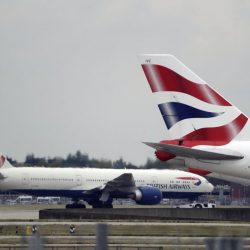 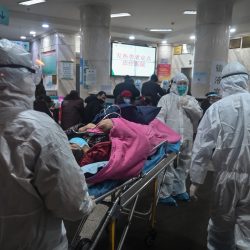