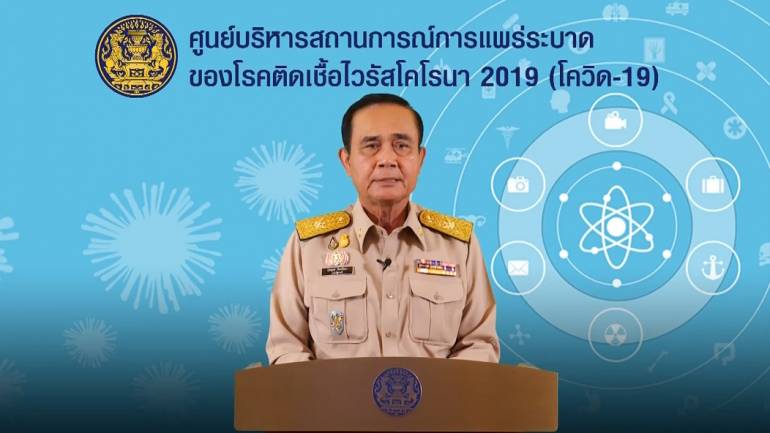 Public outcry about the government’s handling of the novel coronavirus (Covid-19) crisis has been growing louder, and the reason is clear – poor communication.

And the latest package of measures adopted by the Cabinet on Tuesday that include closing of entertainment places and sports venue for 14 days, have not drowned out the angry voices.

People were unconvinced and even dismayed when Prime Minister General Prayut Chan-o-cha gave his first televised crisis speech on Monday under the tagline “Thailand will triumph”. This is because most Thais still remember his promise last month that there was enough protective gear in the country to go around.

The promise was empty – the public suffered a dire shortage of face masks, hand-sanitiser and other protective items. Even state hospitals sent out pleas asking for masks.

So, as the premier was busy making more promises, hashtags like #PrayutGetOut started trending on Twitter. “I’ve learnt not to believe what Prayut tells me to believe,” one man tweeted, echoing the opinion of many.

And people close to Prime Minister Prayut admitted the country’s top leader himself has contributed to the information disarray with his often shoot-from-the-hip style of communication.

“Emotions run high during crises. This is when a country’s leader should be telling the public about his government’s policies and efforts being made to address the problem,” said Asst Prof Sakulsri Srisaracam, head of Convergent Journalism, Faculty of Communication Arts, Panyapiwat Institute of Management.

Speaking before Prayut’s speech was broadcast, the academic said Thailand’s official communication on Covid-19 left much room for improvement.

“The government should explain to the public what short and longer-term steps it is taking. It should have solid data in hand and should be sharing it in a concise, clear-cut manner. This would help boost public confidence,” the communication expert told Thai PBS World.

However, Prayut’s government has so far done much the opposite. For instance, on March 11 Interior Minister Anupong Paochinda announced the closure of quarantine centres – only to say the next day that he was mistaken.

Public Health Minister Anutin Charnvirakul, meanwhile, blundered on social media, posting Facebook announcements on Covid-19 and then deleting them, before finally closing the account. Anutin now claims the only platform he has been using for the past three weeks is Instagram.

Adding to the confusion, government figures and agencies have given conflicting information on whether visa-on-arrival and visa exemption have been cancelled for nationals of some countries. For instance, Prayut declared the visa privileges cancelled, only to be quickly refuted by the Foreign Affairs Ministry.

Prayut’s comments on the Covid-19 crisis brought this response from Sakulsri: “Judging from what I’ve heard to date, he has yet to take a proactive approach. It seems like he has been talking about issues that have yet to be finalised. I think he can do better.”

The speech came after Prayut’s first address on the virus crisis last Friday, when he spoke about drought, poverty, the trade war and democracy – but said little about Covid-19.

Prayut’s speeches were in sharp contrast to the short and meaningful address Singapore Prime Minister Lee Hsien Loong delivered on March 12. Lee offered information, reassurance and transparency – telling citizens the situation was under control, but they must take precautions like maintaining good personal hygiene and avoiding large gatherings.

Lee also provided information on his government’s economic stimulus measures and what it plans to do if a major outbreak erupts. Singaporeans were told too – without any hint of fear or anxiety in his voice – of what they should do if the contagion worsens.

Lee concluded his speech by thanking the public and telling them: “We must keep up our efforts, and remain #SGUnited.”

When a leader communicates with the public, said Sakulsri, he should provide clear information that each and every person can understand.

“Be clear so they can make sense of what has happened. Otherwise, the speech will be interpreted in all sorts of ways,” she said.

She added that Thai doctors have been providing solid information at every press conference they have held on the Covid-19 situation. The government, however, has failed to do the same and lacks a dedicated team to do so.

“Without an official communications team, the media has to interpret the government information itself, and sometimes this information can be misinterpreted or ‘spun’ by some. This is when public trust in the authorities starts to fade,” Sakulsri observed.

She believes that if the government does not set up a dedicated Covid-19 information centre, the public will seek information from other sources, which may not be reliable.

“Not everybody in the field of media knows the meaning of medical terms. If people turn to unreliable sources and fake news, it will be difficult to control the situation,” she said.

“If confusing information keeps doing the rounds, fear and anger will grow to the point where it triggers a crisis, and when the government is not able to control people’s behaviour, there will be big trouble.” 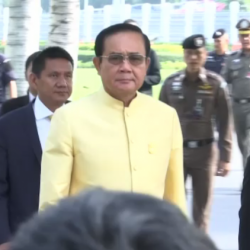 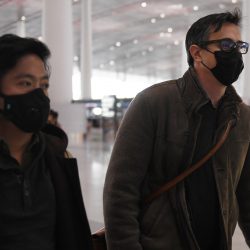