Government to try to protect Wild Boars’ rights to privacy

Deputy Prime Minister Wisanu Krea-ngarm will seek Cabinet’s approval for a proposal to set up an ad hoc committee tasked with protecting the privacy rights of the 12 Wild Boars boys and their coach and the Thai Navy SEALs who are now a subject of intense interest of the media and production houses.

The deputy prime minister has also instructed the Mae Sai district chief officer in Chiang Rai to strictly screen reporters, especially those from foreign media, trying to have access to the young survivors of the Tham Luang cave saga.  He noted that the media may not be aware of legal restrictions and the child’s rights protection law.

But even with the proposed ad hoc committee, Dr Wisanu admitted that the boys and their parents would have the say on whether or not they want to talk to the media. He said the government only wants to make sure that their rights to privacy are not breached.

However, he said he was sure that after a certain period of mental rehabilitation, the boys would be more prepared to talk to the media.

He disclosed that a few foreign media outlets had tried to interview some of the boys and their coach in the past few days and he had instructed the Mae Sai district chief officer to look into the issue and to make sure that the boys’ privacy rights are not  violated.

He said that the ad hoc committee would also handle film rights or animated game rights as manager of the boys but would not have any vested interest in the projects.

Mae Sai district chief officer Somsak Kanakham, meanwhile, said he had talked to some of the parents of the boys and were told that they were worried with the attempts of foreign media to try to interview their children.

He added that the boys’ parents had formed a Line group so that they could discuss among themselves in the event any of them is approached by the media or given commercial offers related to their boys’ ordeal.

NACC waiting for info on Prawit's watches from manufacturers 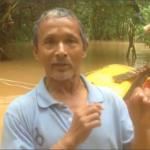