The Thai government’s economic team has been tasked, by Prime Minister Prayut Chan-o-cha, to work out a Plan B in case the already late disbursement of the fiscal budget is further delayed, possibly until the second quarter, by proceedings in the Constitutional Court to determine the legal status of the bill.

The Prime Minister admitted today that his greatest concern is the Government’s investment budget, amounting to several hundred billion baht which, if held up for a few more months, would delay the launch or continuing implementation of several development projects which, in turn, would affect the already slowing economy.

The Prime Minister said it will depend on how much time the Constitutional Court takes to reach a decision in the proxy voting case, admitting that, normally, it takes a couple of months.

Assuming that disbursement is delayed by another three months, he said he wasn’t sure that all the budget could be spent within the 2020 fiscal year (end of September).

He dismissed the idea of the Government issuing an executive decree to borrow the money needed while the charter court considering the case.

Without naming names, the Prime Minister rebuked Democrat deputy leader and former Phatthalung MP Nipit Intharasombat for “blowing the whistle” on proxy voting by Bhumjaithai MPs, saying that the Democrat has nothing to do with the budget bill.

He declined comment when asked whether there is a conflict between two government coalition parties, Democrats and Bhumjaithai, saying curtly “Do not ask me, go ask the person who exposed (the matter) because I am not involved.  Whichever political camp one is associated with, this I against parliamentary rules.”

Meanwhile, the Government coalition Palang Pracharat party is due to discuss a report tomorrow that claims one of its MPs was involved in the proxy voting during voting on the budget bill. 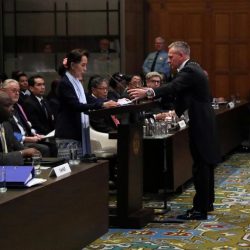 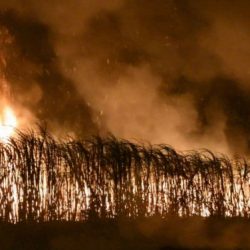