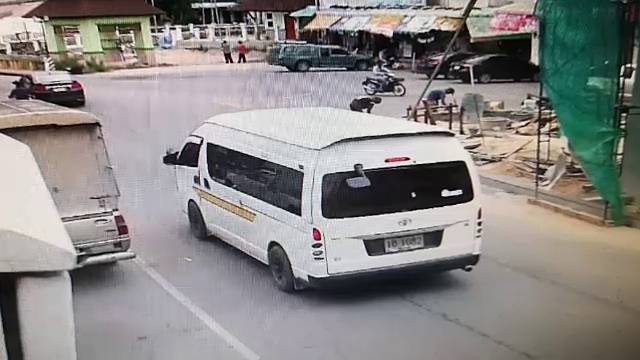 Five people, dressed in para military uniforms and armed with assault rifles, robbed a gold shop in the downtown Na Thawee district of Thailand’s southern province of Songkhla on Saturday and fled with gold and ornaments worth about 60 million baht.

According to police reports, the five robbers, three men and two women, arrived at the Suchada gold shop in a white van, stolen earlier in the day from a man in neighboring Pattani province.

The five armed criminals walked into the gold shop and subdued the 4-5 female employees at gun point, disabled the CCTV system, scooped all the gold on display into bags and escaped in the waiting van.

Police said that the heist took about ten minutes and about 1,276.97 Troy Ounces (40.5kgs) of gold were stolen.

Police checked surveillance footage from in and around the gold shop, as well as along any possible escape routes. They found the getaway van abandoned in a rubber plantation in Tambon Tha Pradoo, about 15 kilometres from Na Thawee township. One motorcycle was also found at the scene.

The van owner, Mr. Rawsalee Yohlen, reportedly told the police that he was hired by three men to pick up their friend and was bound and dumped by the roadside, at gunpoint, in the Tambon Bo Thong of Nong Chik district in Pattani as his captors stole his vehicle. 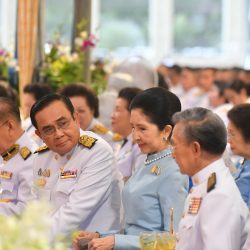