General Prayut and Thanathorn formally nominated as contenders for PM 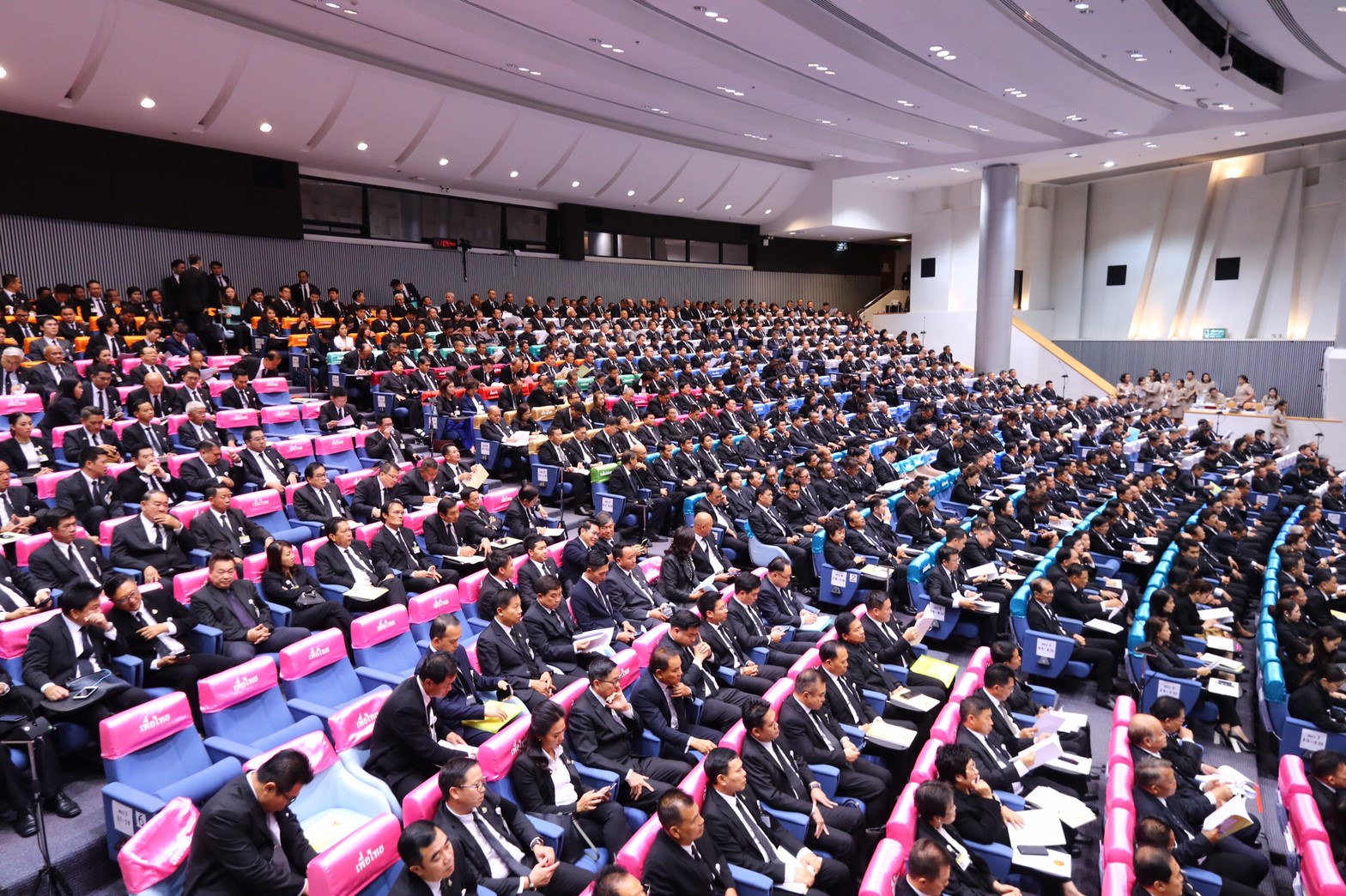 General Prayut was not in parliament, but engaged in other government activities. Thanathorn was also absent because he is temporarily suspended from his duties as an MP by the Constitutional Court over the media share ownership case.

The joint session of the House and the Senate, to elect a prime minister, is being chaired by House Speaker Chuan Leekpai in his capacity as the president of the parliament.

During the morning meeting, Future Forward’s Bangkok MP Jirawat Aranyakanont proposed that the two candidates should give a vision speech to the meeting, but this was rejected by Palang Pracharat’s Nakhon Sawan MP Veerakorn Kamprakob, reasoning that Jirawat’s was a repetition of another motion.

Speaker Chuan, however, said the vision speech proposal was an unnecessary waste of time and suggested that the motion be withdrawn, which was agreed to by Jirawat.

However, a debate on the qualifications of the candidates, which was proposed by the Future Forward party, was allowed to proceed with Mr. Chuan having promised the lawmakers no time limit on the debate.

Political observers said that the Pheu Thai-led alliance would seize this opportunity to turn the debate into a no-confidence debate against General Prayut.

In anticipation of the possible onslaught against General Prayut, even though he did not show up, the Palang Pracharat party and the Senate has prepared two separate lists of “guardians” to defend the General. 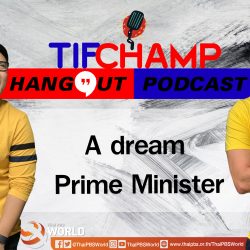 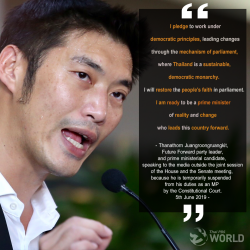