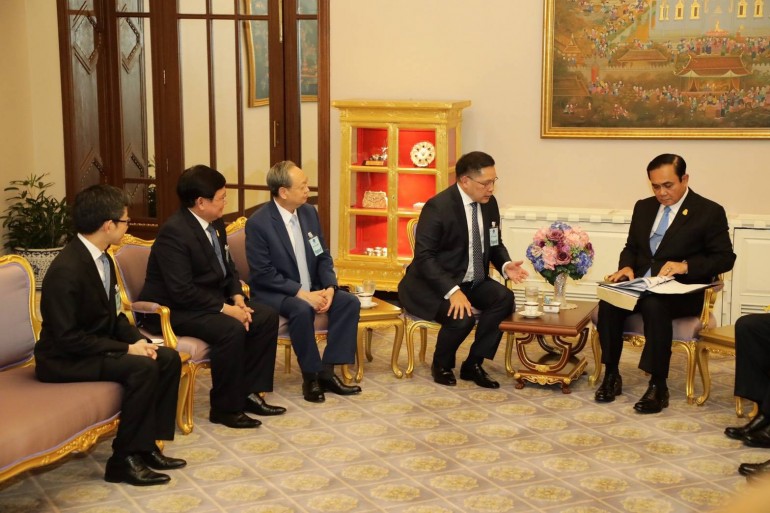 Prime Minister Prayut Chan-o-cha received a formal invitation from the pro-junta Palang Pracharat party to be its prime ministerial candidate in the upcoming election but insisted he needs a few days to make up his mind.

Earlier Gen Prayut vehemently declared once again that he will stay on as prime minister through the election despite pressure for him to quit.

He said the prime minister was glad to see the four of them again this time as full-fledged politicians and advised them to exercise special caution when campaigning because of the fact that they used to serve in the government and also to refrain from making any pledges that they cannot deliver.

While outlining his government’s performance and achievements for the past four years this morning, the Gen Prayut insisted that he would not quit as prime minister despite pressure from several quarters, especially his political rivals.

He pointed out that there has never been a case in which an incumbent government leader of democratic or socialist system has to resign before an election, citing the cases of former US President Barack Obama and Chinese President Xi Jinping.

He also said that there has not been a political tradition or a charter which requires the incumbent government leader to quit before an election.

“Do not put too much pressure on me…  Come try to kick me out.  I am not challenging anyone, but I will not resign,” said an apparently irritated prime minister.

Citing two clauses in the Constitution which require him to stay on until a new post-election is installed, Prime Minister Prayut said if he quits, his entire government would also be out of the office automatically.

“So who will be in charge of organizing the coronation ceremony?  So please do not force me out,” said the prime minister. 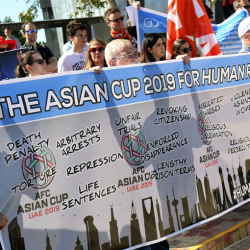