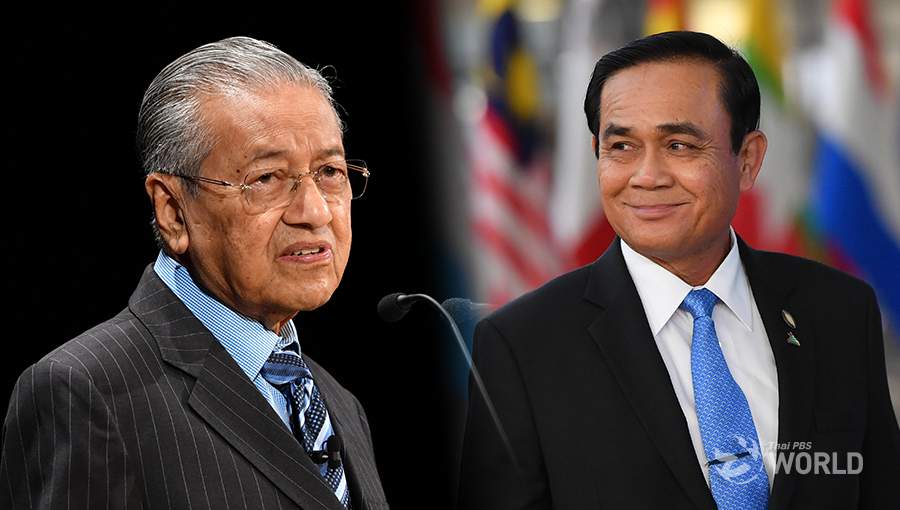 How Malaysia will help Thailand revive the peace talks in the trouble-plagued south will top the agenda of the meeting between Prime Minister Gen Prayut Chan-o-cha and his Malaysian counterpart Mahathir Mohamad who arrives today for a two-day visit.

It will be Mahathir’s first visit to Thailand since making a political comeback in May this year.

The Nation newspaper reported that Malaysian Ambassador to Thailand Datuk Jojie Samuel said Mahathir has a few ideas on bringing the issue forward.

“He will certainly bring this up with his counterpart and they will be keen to listen to his ideas and views.

“Of course, the rest will be up to the negotiation teams to decide,” he told the Malaysian media in a briefing yesterday.

Panitan Wattanayagorn, an advisor to Deputy Prime Minister Gen Prawit Wongsuwan for security affairs,  told ThaiPBS World last week that Mahathir’s visit will provide an important opportunity for Thailand and Malaysia to demonstrate their commitment in addressing the violence that has claimed thousands of lives in the three provinces over the past several years, he said.

Mahathir is accompanied on his two-day visit by Abdul Rahim Noor, a former inspector general of Malaysian police who was recently appointed a new facilitator for the Malaysia-brokered peace talks between the Thai Government and the Mara Patani, an umbrella group of various insurgent factions.   Rahim Noor succeeds Ahmad  Zamzamin Hashim who served as facilitator during the government of former prime minister Najib Razak.

The 93-year-old Mahathir will meet Gen Prem Tinsulanonda, 98,  who is president of the Privy Council  and was prime minister of Thailand between 1980-1988, tomorrow before speaking at a public lecture titled “Malaysia-Thailand Bilateral Relations in the Context of Asean” at the Chulalongkorn University.