Gen Prayut Chan-o-cha, the prime minister and head of the ruling National Council for Peace and Order (NCPO), has decided to stop being a “referee” to become a player himself. The former Army chief’s coup in 2014 ended widespread political violence, stemming from confrontation between the “red” and “multi-coloured” shirts. He was widely admired at that time, but four years have chipped away at much of the popularity, and his determination to stay on for another four years is putting more at stake.

Prayut is the sole prime ministerial candidate for the pro-junta Palang Pracharath Party, which aims to beat the former ruling Pheu Thai Party, whose elected coalition government was overthrown in the coup Prayut led.

He has attracted both supporters and detractors, thanks mainly to his characteristic uniqueness of military men, featuring nationalist attitudes, aggressive style of dealing with the media, and “decisiveness” that sometimes borders on imprudence.

Despite his post-coup promise about reconciliation, Prayut has become part of the political conflict himself, getting mired in wars of words with former prime minister Thaksin Shinawatra, the latter’s supporters and proxy political parties. Those outside the Thaksin camp have also fought with him, probably to a lesser degree.

Prayut, who turns 65 this month, has come under criticism for his wide scope of power. In addition to being prime minister and the junta chief, he also has the power to appoint all the 250 senators for the next Upper House. The senators, according to the current Constitution, are empowered to vote along with the 500 MPs in the selection of prime minister for five years after the first Parliament under the new charter is installed.

Gen Prayut was born on March 21, 1954, in the northeastern province of Nakhon Ratchasima. His father was an Army colonel and his mother a school teacher. He has two brothers and a sister — one brother an Army general and the sister an Air Force general.

Prayut got his primary education in Lop Buri and secondary schooling in Bangkok, moving from one school to another as his father was posted in one province after another. He graduated from the Armed Forces Academies Preparatory School in 1971 and from the Chulachomklao Royal Military Academy in 1976. After graduating from the academy, he began his military career in the 21st Infantry Regiment, which is known collectively as the Queen’s Guards.

He later became deputy commander of the 2nd Infantry Division, whose commanding officers formed the powerful “Burapha Phayak” (Eastern Tigers) faction of the Army. Prayut’s “brothers in arms” from influential factions are fellow former Army chiefs General Prawit Wongsuwan and  General Anupong Paochinda, who are both key members of his Cabinet.

The general served as the Royal Thai Army’s chief of staff from 2008 to 2009. He became the Army’s commander-in-chief in 2010, succeeding Anupong. Four years later, he led the country’s latest coup.

Prayut is also good at songwriting, having composed eight songs since assuming power following the 2014 coup. The first song, “Returning Happiness to Thailand”, released shortly after the coup, is the best known but is often joked about, as the lyric promises early reconciliation. The latest song, “A New Day”, was released on March 4. 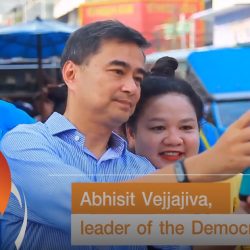 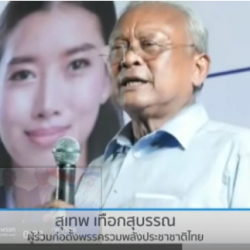