Gen Prawit in control of PM Prayut’s political base

It was no surprise that Deputy Prime Minister General Prawit Wongsuwan, Palang Pracharath’s chief strategist, was elected the party’s new chief at its general meeting on Saturday, replacing Finance Minister Uttama Savanayana, who lost his position in the new executive board.

As expected, Prawit was the only candidate and won the top seat uncontested. He did not even have to attend the meeting held at Impact Muang Thong Thani.

Observers viewed Saturday’s vote as a rubber-stamp process since the party’s major factions had already decided on Prawit as the new leader. Representatives of the factions met Prawit at a foundation he heads located inside the First Infantry Regiment on June 22 to deliver their “invitation”, which he accepted.

Prawit, 74, announced on Tuesday that he was accepting the post to end internal disputes, as the position would allow him to better handle party infighting. “They [the factions] must be reconciled,” he said.

His rise to party chief is expected to help end the power struggle within Palang Pracharath over Cabinet seats. The reshuffle is expected to take place once rival factions have been placated.

Absent from the “invitation ceremony” on Monday were ex-leader Uttama and three former party executives, collectively known as the “Four Boys” – technocrats who were not re-elected to the executive board.

They lost out to their powerful rivals, the Sam Mitr (Three Friends) faction, which gained key party posts and is expected to ease into coveted ministerial seats in the upcoming Cabinet shake-up.

Most other members of the previous executive board have retained their seats – with the exception of the Four Boys technocrats.

Saturday’s meeting to elect the new executive board was triggered when more than half of the 34 members resigned out of the blue on June 1. The meeting was then moved forward from July 3.

Some in the party claimed the mass resignations were sparked by dissatisfaction with Uttama and his team. However, the reality was that rival factions simply wanted to force a leadership change in the hope of provoking a Cabinet reshuffle, observers said.

The rival factions were eyeing coveted Cabinet seats held by Uttama and other former executives from his “Four Boys” group.

Prawit on Tuesday refused to say how long he would hold the position. Some sources speculated he would only last six months before being replaced by “the real one”. However, chief government whip Wirat Rattanaset, a key party figure who extended the leadership invitation, said Prawit would remain at the party’s helm for as long as he wished.

It’s an open secret that General Prawit had already enjoyed the status of de-facto party leader, commanding respect from all factions. Plus, he also has the backing of his “brother-in-arms”, Prime Minister General Prayut Chan-o-cha, who leads the country and was the party’s only PM candidate.

Yet Prawit – viewed by some observers as the premier’s mentor – is considered a weak link in Prayut’s administration, tainted by the scandal over his multimillion-baht wristwatch collection, despite his repeated denials of corruption.

However, with more than a decade in politics and strong political connections, Prawit is well versed in dealing – and bargaining – with party members. Colleagues describe him as a man of charisma and influence with the ability to make party politicians toe the line.

Prawit has strong connections with business tycoons and politicians across the spectrum, including coalition partners like Bhumjaithai and the Democrats as well as the main opposition Pheu Thai Party.

With his links and strong influence in the military, Prawit as new leader would help the Palang Pracharath-led government and PM Prayut cement their power for the long term, commented Titipol Phakdeewanich, dean of Ubon Ratchathani University’s Faculty of Political Science.

Prawit might also want to take control of the party to ensure the military maintained its grip on Thai politics, the academic added.

“The change of leadership is a ‘coup’ within the party itself as it paves the way for military control in government,” said Titipol, who described Prawit as the country’s most influential retired general.

Born on August 11, 1945, in Bangkok, Prawit has remained single despite rumours of his amorous relationships in recent years.

“I am single, and I can be in a relationship with anyone. It’s my business when I get married or if I am seeing someone,” he told the press in 2016 following a surge of media speculation.

Prawit graduated from the Armed Forces Academies Preparatory School in 1965, and passed out of Chulachomklao Royal Military Academy four years later. After graduation in 1969, he became an officer in the 21st Infantry Regiment (Queen’s Guard) of the Second Infantry Division.

During those early days in the military, Prawit met his brothers-in-arms Prayut and General Anupong Paochinda – who now serves as interior minister. Part of the famous Burapha Payak (Tigers of the East) military clique, all three went on to head the Royal Thai Army as commander-in-chief.

Prawit was appointed Army chief in October 2004 under Thaksin Shinawatra’s government, serving until his retirement in September the following year. After the 2006 military coup which overthrew Thaksin, Prawit was appointed to the National Legislative Assembly.

He served as defence minister in the Democrat-led government of Abhisit Vejjajiva from December 2008 until August 2011. Prawit then became a key figure in the emergency centre set up to deal with the 2010 anti-government protests, which ended in a crackdown and nearly 100 killed.

After the May 2014 coup led by then-Army chief Prayut, Prawit was appointed deputy chairman of the junta’s National Council for Peace and Order (NCPO), as well as deputy prime minister and defence minister in Prayut’s post-coup Cabinet – and later chairman of the committee tasked with selecting members of the current Senate.

Prawit has been hounded by scandal ever since he was spotted wearing luxury wristwatches on several occasions. None of the watches – 25 in total – were listed on his mandatory asset declarations filed with the National Anti-corruption Commission (NACC) when he took office following the 2014 coup.

His 25 undeclared watches were worth almost Bt40 million in total, with prices ranging from about Bt413,000 for a Rolex to Bt3.6 million for a Patek Philippe.

Prawit claimed the timepieces were loaned to him by a billionaire close friend and had been returned to the friend’s family after his death. Following two years of investigation, including interrogation of the deceased billionaire’s two daughters, the NACC in May ruled Prawit innocent of wrongdoing for failing to declare the borrowed watches.

The agency explained that the loaned watches were not considered Prawit’s debts or assets, as they did not belong to him. 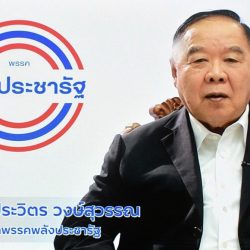 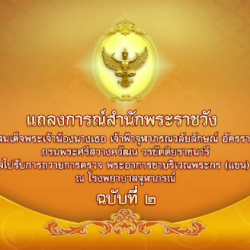 Princess Chulabhorn recovers from surgery and is discharged from hospital