One day ahead of the vote in parliament to elect a prime minister, the Future Forward party is claiming today that some of its MPs have been offered between 30 million and 120 million baht for each vote cast for current Prime Minister Prayut Chan-o-cha, the Palang Pracharat party’s prime ministerial candidate.

The Pheu Thai-led coalition has decided to nominate Future Forward party leader Thanathorn Juangroongruangkit as their candidate for the post.

Mr. Anawil Rattanasathaporn, an MP representing Pathum Thani province, told a news conference at the party’s head office today that he was twice approached by someone, whom he declined to identify, who initially offered him 25 million baht and, later, offered up to 60 million baht in exchange for his vote, but he rejected them all.

Bangkok MP Taophipob Limchitrakorn said he was first offered 30 million baht through someone he knew. Eventually, the offer was increased to 50 million baht, 70 million baht and, finally last week, to 120 million baht in exchange for his vote, but he turned down all the offers outright.

Khon Kaen MP Thitinan Saengnark also claimed he received offers, starting at 55 million baht and rising to 75 million baht recently, to vote for a candidate of another party, which he declined to name.

However, she said that the party would not disclose the identities of the “go between” who made the offers because of the death threats against the MPs who were approached.

She said that the amount of the offers correspond with the law of supply and demand, adding however that there are no “cobras” among the party’s MPs.

The spokeswoman warned that any MP who votes for General Prayut will be expelled from the party. 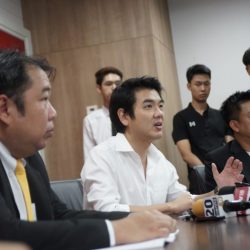 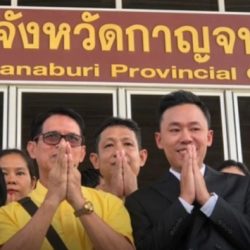