Future Forward party leader Thanathorn Juangroongruangkit who is due to appear before the public prosecutor next week said Wednesday that he was not worried that he might be indicted and possibly denied bail on charges of violating the Computer Crimes Act.

The young firebrand politician said while campaigning at Siam Square that the party had successors who would lead the party in case he is put behind bars.

“This is our dream, our party, not Thanathorn.  This is the dream of millions in Thai society who want to see democracy restored in Thailand.  So, there is no need to be worried about the Future Forward party.  It will not be shaken.  If anything happens to him, there will be others to take over,” he said, adding that he was still in high spirits and hoped that he would not be detained, “But nobody knows.  Do not anticipate what we cannot control, just do the best we can today. Whatever happen will happen,” said Thanathorn.

Earlier, the National Council for Peace and Order (NCPO) lodged a complaint with the computer crimes suppression police accusing Thanathorn and two other party’s executives, Klaikong Waithayakarn and Ms. Charuwan Sarunkate, of accusing the junta of political interference by recruiting former politicians into the pro-junta Palang Pracharat party via the party’s web page on June 29th last year.

The three individuals were told by police investigators to appear before the public prosecutor at the Office of the Attorney-General on February 27th to be informed of the prosecutor’s decision whether or not to indict them. 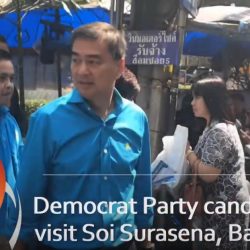 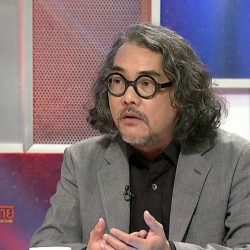