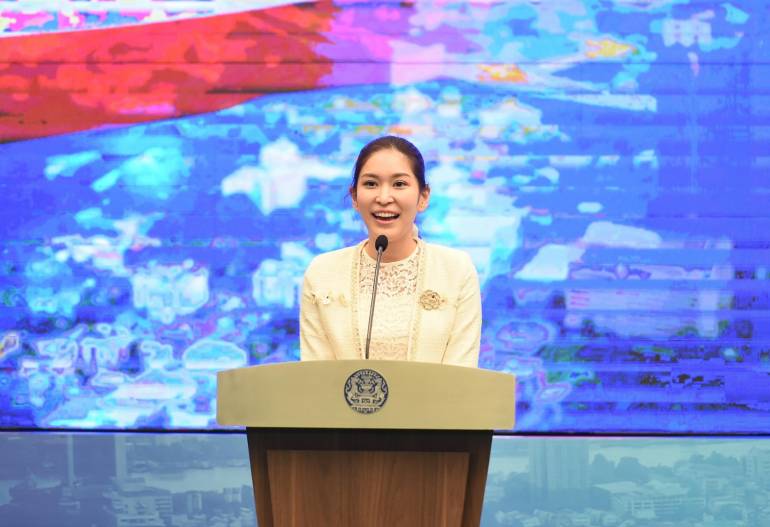 Dr. Panprapa Yongtrakul becomes the new face of the CCSA.

Her task in this new position is to update the public about the pandemic every weekend from May 23.

While Panprapa did just fine on her first weekend at the job, her appointment was a big surprise given that Dr Taweesilp Visanuyothin has been the sole reassuring face and voice of CCSA since it was established on March 26.

Taweesilp’s performance as spokesman, though not totally free from criticism, has won widespread praise. But this month brought change to CCSA press conferences with Panprapa deputising for Taweesilp in the newly created post.

Public Health Minister Anutin Charnvirakul, who is also deputy premier, was the first to break the news about the former beauty queen’s new role, also revealing that she had been working for him.

It is not yet clear how and when 32-year-old Panprapa, who owns a beauty clinic, landed herself the job as adviser to Anutin.

However, Panprapa – or “Dr Bum” – posted a photo on Facebook of herself at the Office of the Permanent Secretary for Public Health on May 7, along with the hashtag #nextchapter.

Back in 2017, she married Thamsan Charaswuttipreeda, a businessman and adviser to a senator. Her Facebook page is fronted by a photo of a floral bouquet received from her husband in 2019, but her relationship status says “single”.

Taweesilp was all smiles when he introduced Panprapa to the press last Friday (May 22). “The CCSA director wanted to find someone to help me,” said the spokesman, who has attended every CCSA briefing since Day 1. “And the public health minister recommended his adviser.”

Taweesilp also turned up the following day to pass the torch to his deputy.

Panprapa performed adequately in her first national address, though she had to consult her notes frequently. She improved considerably on her second day, making more eye contact with the audience and speaking naturally. Articulate and eloquent, she ended her briefing with a smile and reminded people to “lower neither their guard nor their face masks”.

However, she has yet to show whether she can handle questions from the media – something that Taweesilp has done with notable authority and skill.

Born in 1988, Panprapa has built up a dazzling profile. She studied at the prestigious Triam Udom Suksa school before entering Chulalongkorn University’s Faculty of Medicine.

At age 18, she entered Miss Teen Thailand and was awarded second runner-up. Two years later in 2008, Panprapa was crowned Miss Thailand at the age of 20. It had been her dream since childhood to become a beauty queen.

Panprapa later studied for a master’s in dermatology at the Chulabhorn International College of Medicine, Thammasat University, before joining the Dermatology Fellowship Programme at the Mount Sinai Medical Centre in New York. She also has media experience, having presented royal-news on MCOT HD 30 channel.

Given her beauty, intelligence and eloquence, she looks set to be more than just a fleeting face at the CCSA. A week before taking up her new role, she joined the Public Health Ministry’s team to deliver flu vaccines to the King Chulalongkorn Memorial Hospital, while two days earlier she had been on call in Chiang Mai province.

Panprapa is not the first highly qualified woman to be approved by Prayut as a high-profile spokesperson. Last year, the PM chose Prof Dr Narumon Pinyosinwat as government spokesperson despite her lack of political experience.

Narumon’s appointment surprised many at the time. However, background checks revealed she had a formidable profile.

Born in 1973, she studied statistics at Chulalongkorn University before furthering her education in the United States. She now boasts a Master’s in Actuarial Science from Georgia State University, a Master’s in Business Administration (Applied Economics) and a PhD in Finance and Risk Management from Wharton School, Pennsylvania University. She also used to teach at the National Institute of Development Administration.

Scouted by Finance Minister Uttama Savanayana, Narumon got her break in politics when she was appointed vice minister for Finance. She was ranked fifth on Palang Pracharath Party’s party list in the 2019 general election. However, she gave up her post as MP to serve as a government spokeswoman.

Narumon is only the fourth woman to have been appointed as government spokesperson in Thailand, after Ladawan Wongsriwong (during the Anand Panyarachun government) and Thitima Chaisang and Sansanee Nakpong (both during the Yingluck Shinawatra government). 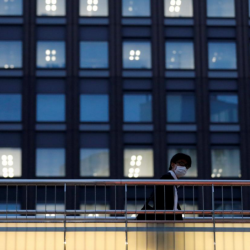