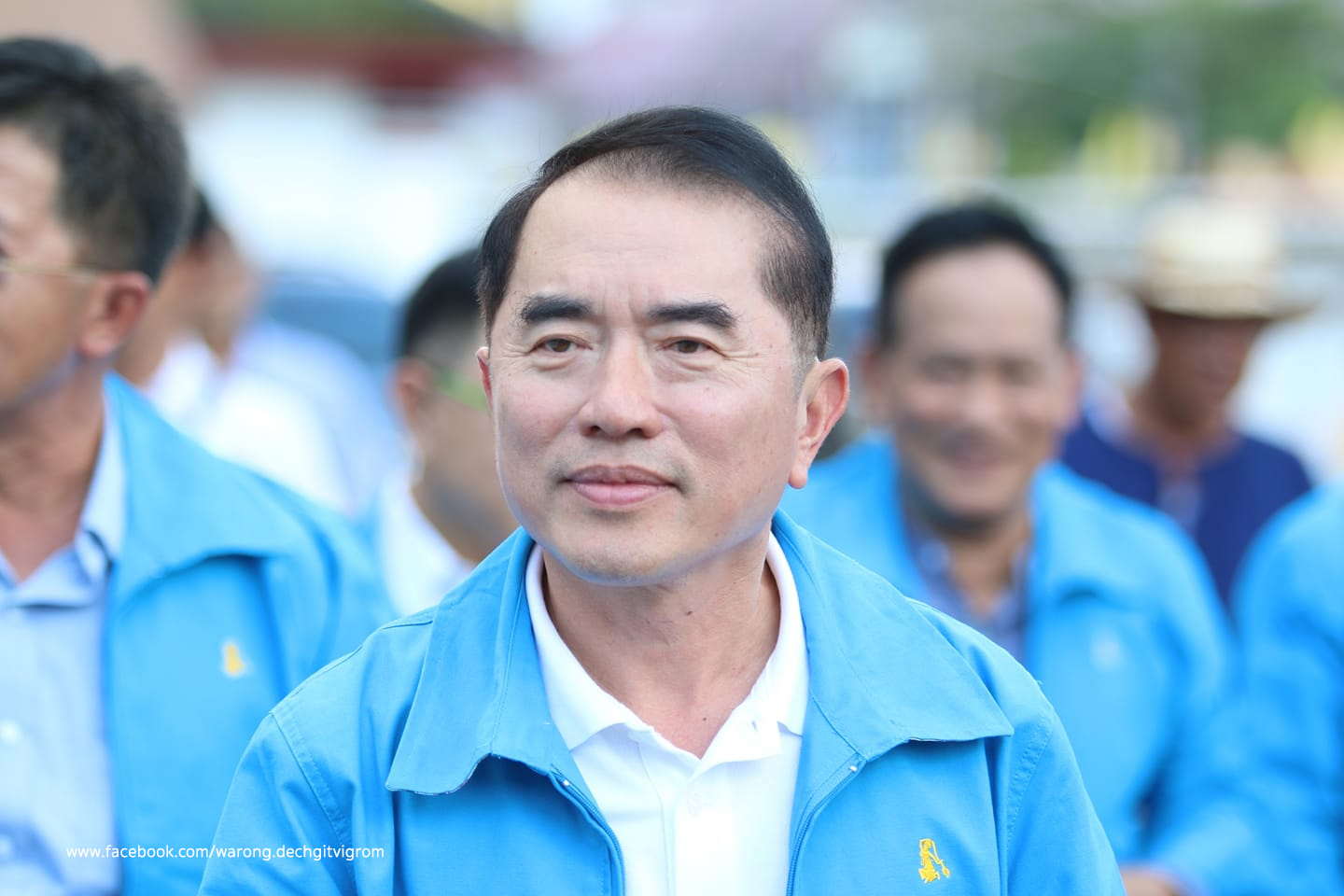 Few people believe Warong Dechgitvigrom could dethrone Abhisit Vejjajiva in the Democrat Party’s leadership battle, but flying under the radar to hit the target seems to be what the former is all about.

Even nowadays, the general public are still asking “Warong who?”  It does not matter that he was one of the Democrat Party’s most potent weapons during the last censure debate, lashing out ferociously at the Yingluck government’s rice pledging scheme which he said was plagued with corruption.

After the government wobbled amid street protests and then was taken out by the 2014 coup, allegations in the rice programme continued to haunt Yingluck Shinawatra and her senior officials. She and a few were found guilty of either downright corruption or malfeasance in court verdicts issued under a military rule. Even so, the name “Warong” escaped much attention.

Being overlooked, however, is the story of his political life. He used to be with Thaksin Shinawatra’s Thai Rak Thai, but left the party in 2004 after being snubbed in a selection of election candidates. Somebody else was preferred and a bitter Warong subsequently joined the Democrat Party, winning an election in the following year in Phitsanulok, much to the surprised dismay of Thai Rak Thai.

That was just a mini-roller coaster. Having switched from Thai Rak Thai to the Democrats, Warong is now taking a big leap when his profile is concerned. His emergence as one of the candidates to challenge Abhisit is probably one of the most intriguing political developments to date. Now, the little–known man is presumed in many quarters to be a Trojan horse of military–backed Prime Minister Prayut Chan–o–cha.

It’s a serious accusation. After all, Warong’s rise to challenge Abhisit could be just a part of the Democrats’ laudable tradition of leadership contests that seem more democratic than those of other parties. Warong’s link with Suthep Thaugsuban, however, has caused wild speculation which is likely to intensify.

Prayut’s chances of holding on to power after the general election depends on how many MPs support him, in addition to the 250–strong Senate that critics and analysts say the prime minister has in his pocket. Many people think that making the Democrats support Prayut through Warong is easier than through Abhisit.

The suspicion has been caused — and fueled — by outspoken support for Warong from veteran politician Tavorn Sennium, who has strong links with Suthep, who never wants the Shinawatras to regain power. A former powerful Democrat, Suthep has left Thailand’s oldest party for a new political camp, having led massive protests against the Yingluck administration before the 2014 coup.

Even all of the 250 senators support him, Prayut (in case he is nominated for prime minister prior to the election) will need at least 126 MPs to vote for him in order to stay in power. In another scenario, in which he is never nominated for the top government post prior to the election but is “invited” after the election due to a parliamentary deadlock, Prayut needs even a lot more support from MPs. Democrat backing is crucial in both scenarios.

Despite his childhood focus of medical studies, Warong loved political activism, setting up a student party at the Chiang Mai University.He received numerous key hospital posts and medical scholarships and also earned a master degree from the National Institute of Development Administration’s Graduate School of Public Administration in 2001.

Warong gave up obstetric study, practices, as well as senior local hospital post and joined Thai Rak Thai when Thaksin was scaling his political peak. After joining the Democrats, his academic–oriented style enabled him to climb up the ladder fast, although his name was less well known than those of other high–profile party members.

His connection with Suthep could be a double–edged sword in the party’s leadership election. On the one hand, Suthep is known to have lingering influences in the Democrat Party, despite having left it, which can bode well for Warong. On the other hand, a lot of Democrats fear that if Warong is elected the next leader, such influences can loom larger.

All of the sudden, Warong has been thrusted into the spotlight and can no longer fly under the radar. His showdown with Abhisit will be very open and closely watched. 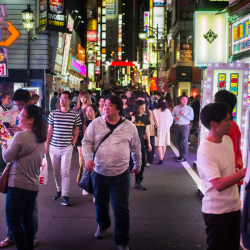