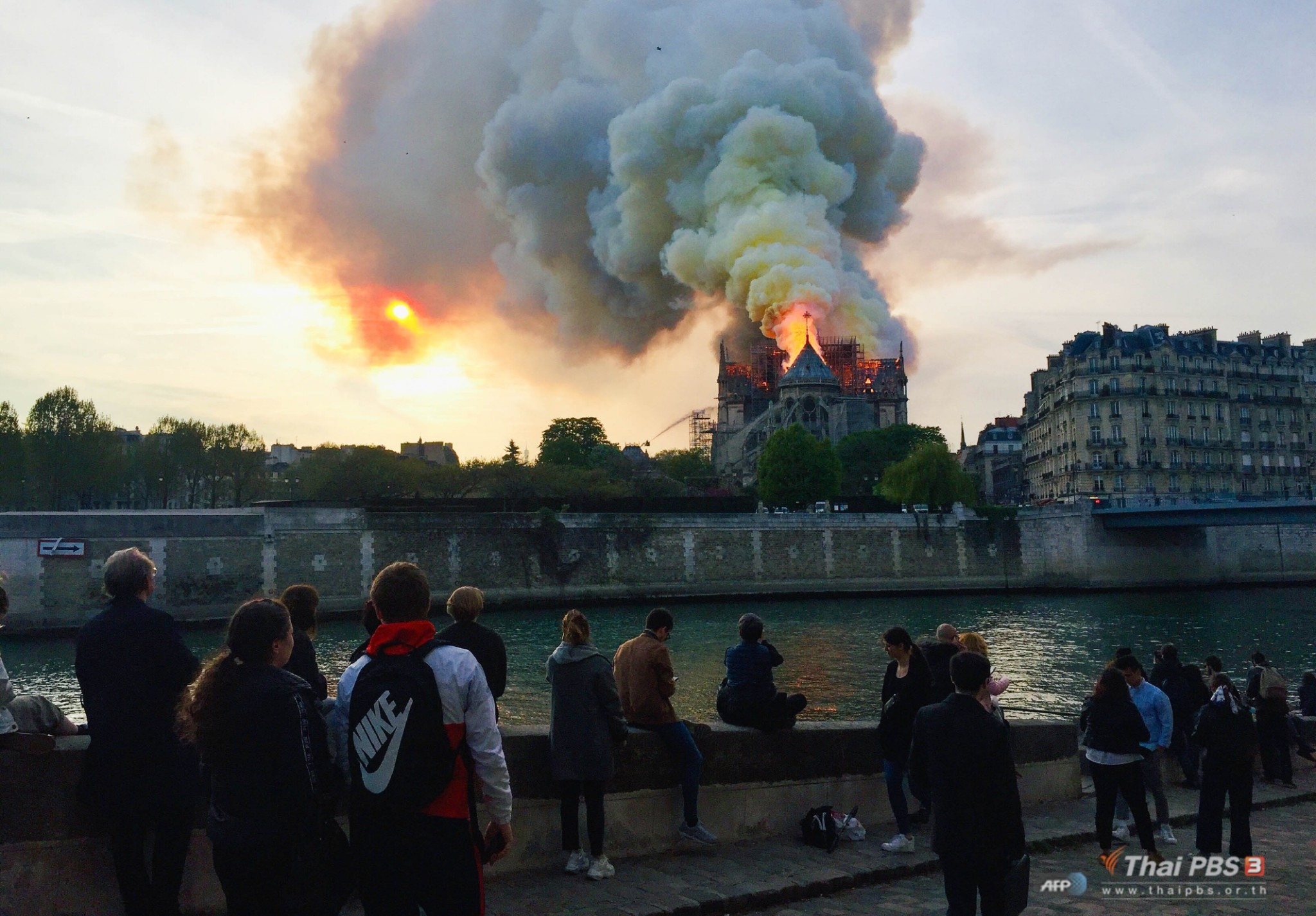 “Notre-Dame is our history, our literature, part of our psyche, the place of all our great events, our epidemics, our wars, our liberations, the epicenter of our lives,” Macron told reporters in front of the still burning Paris landmark.

“Notre-Dame is burning, and I know the sadness, and this tremor felt by so many fellow French people. But tonight, I’d like to speak of hope too,” he said, announcing the launch of an fundraising campaign.

“Let’s be proud, because we built this cathedral more than 800 years ago, we’ve built it and, throughout the centuries, let it grow and improved it. So I solemnly say tonight: we will rebuild it together,” he added.

Flames that began in the early evening burst rapidly through the roof of the centuries-old cathedral and engulfed the spire, which toppled, quickly followed by the entire roof.

As it burned into the evening, firefighters battled to prevent one of the main bell towers from collapsing. One firefighter was seriously injured – the only reported casualty.

There was still a risk that some of the interior structures could collapse, and firefighters would work overnight to cool them down, he said.

Distraught Parisians and stunned tourists gazed in disbelief as the inferno raged at the cathedral, which sits on the Ile de la Cite, an island in the River Seine and marks the very center of Paris.

Thousands of onlookers lined bridges over Seine and along its embankments, held at a distance by a police cordon.

World leaders expressed shock and sent condolences to the French people. President Emmanuel Macron said the whole nation was distressed. “Like all our compatriots, I am sad this evening to see this part of all of us burn,” he tweeted.

A huge plume of smoke wafted across the city and ash fell over a large area. People watching gasped as the spire folded over onto itself and fell into the inferno.

A centuries-old crown of thorns made from reeds and gold and the tunic worn by Saint Louis, a 13th century king of France, were saved, Notre-Dame’s top administrative cleric, Monsignor Patrick Chauvet said. But firefighters had struggled to take down some of the large paintings in time, he said.

The Paris prosecutor’s office said it had launched an inquiry into the fire. Several police sources said that they were working on the assumption for now that it was accidental.

“Everything is collapsing,” a police officer near the scene said as the cathedral continued to burn. 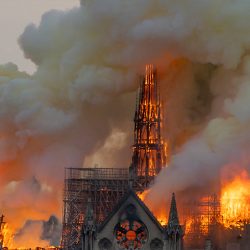 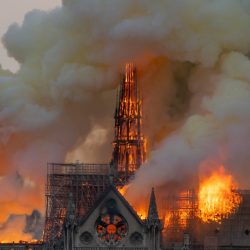