Free university education would boost equality – but can Thailand afford it?

The student debt forgiveness campaign believes the budget Thailand has set to reduce inequality – 700 billion baht – should be more than enough to ensure education is “really free”.

“It’s not about whether our country has enough money but more about our country’s money management and allocation,” said Prim Maneechote, a member of the #SLFdebtforgiveness campaign said on during an interview with Inskru. This platform normally brings teachers together to share ideas and experiences

Prim said the money that millions of Thais owe to the Student Loan Fund (SLF) should, in fact, not be considered loans.

“They would not have had to borrow money if the government offered free education,” Prim said. “Why do young people have to take loans just because they want to study?”

“In the upcoming fiscal year [starting October 1], the government has allocated 700 billion baht to reduce inequality. This budget is separate from basic welfare such as subsidies for the universal healthcare coverage scheme or

monthly payments for the elderly,” he said.

According to his calculations, covering the education and daily living expenses for all Thai university students would only cost 150 billion-200 billion baht per year.

Hence, neither Prim nor Sustarum can understand why most people see debt forgiveness for students as “cheating” and “irresponsible”.

“Our demand is not about writing off debts for certain people. Our point is about the inequality associated with the SLF loans,” Prim said. She has waged her campaign on welfarewillwin.com.

Sustarum explained that the campaign was not just pushing for existing SLF debts to be cancelled, but also for free education and living expenses for students.

Prim added that these demands are reasonable in Thailand’s capitalist society that needs quality human resources to sustain its economy, especially at a time when it is becoming an ageing society.

“With higher education, people will naturally earn more and thus can pay more taxes,” she said.

Thailand currently offers 15 years of free education starting from kindergarten to all citizens but this does not cover university.

To write off or not to write off: Two sides of student loan repayment battle

Feasibility of the campaign

Pumsaran Tongliemnak, acting director of the Equitable Education Research Institute (EEFI), said it would be a good thing if the government could offer free higher education to all citizens.

“But the truth is, only a few countries provide this. Why? Because normally, university students are expected to shoulder costs of their education. But how much they shoulder depends on each country’s policy,” he said.

He explained that Thai universities were turned into autonomous entities after the government took a loan from the Asian Development Bank in the wake of the 1997 “tom yam kung” financial crisis.

As part of the loan conditions, the government had to curb the subsidies it granted to state universities. At the time, many economists and educators did not believe the education of 1.4 million Thai university students had to be subsidized, arguing that most families could afford to pay.

Since then, the cost of studying at university has risen sharply.

“Over the past few decades, university tuition fees have jumped significantly. So, I think it is difficult to push the government to start paying for people’s higher education,” Pumsaran said. “I should point out that tuition fees for some fields are almost on par with the cost of education overseas.”

As for the cancellation of debts, Pumsaran said SLF – which offers soft loans to students – receives no government funding now and needs the repayments to keep going.

Addressing US President Joe Biden’s move to forgive student debt, he said the United States had only offered to write off the debts of the very needy.

In Pumsaran’s view, SLF may only need a little tweak, such as lifting the hefty penalty imposed on defaulters. He added that it could only write off debts after gaining permission and financial help from the government.

In 1996, Nalinee (not her real name) took an SLF loan of 165,000 baht to fund her university education. However, after graduating, she could not find a permanent job and hence could not afford the repayments.

“There is a grace period, but even after that I did not earn enough to pay back,” she recounted.

“I pleaded with them to reduce it to 2,000 baht a month but they refused,” Nalinee lamented. “So, now I’m really struggling to make ends meet.”

“My principal has dropped from over 200,000 baht to 180,000 baht. I don’t intend to clear the entire SLF debt [right away] because I also have to make monthly payments for my car and house,” she said.

Jekita believes SLF is invaluable for children who wish to further their studies. She said she wasn’t sure if her parents would have been able to send her to university if she had not received the loan.

“My younger sister wants to study nursing and she will also apply for an SLF loan,” she continued.

In her opinion, SLF loans should only be forgiven for those who really cannot afford to repay.

Move Forward Party leader Pita Limjaroenrat insisted that if the money is available, the government should provide free university education.

He also proposed solutions for the student-debt problem.

“In Thailand, we could consider more generous repayment conditions like capping the interest and penalties at no more than 1 percent per year. If possible, the government should waive interest or penalties,” he said.

Public Health Minister Anutin Charnvirakul, who is also Bhumjaithai Party leader, said he intended to push for interest-free student loans in Parliament. The Student Loan Fund Bill is currently being considered in the House. It would allow the SLF to restructure debts and negotiate with debtors to ease their burden. 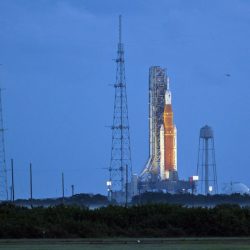 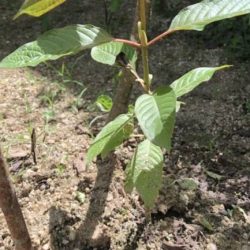