Watcharapong Sawatwongchai, a young Thai musician, and a member of the Khon Kaen based band, ON THE PLATEAU, moved to Bangkok to follow his dreams as a musician last year.

The COVID-19 pandemic, however, caused many restaurants to close, affecting his work. He decided to open a food shop, at Khlong Chan Housing in November 2020, selling Kra-Pao or stir-fried basil, a very popular dish among Thais, priced at 25 baht per serving.

When the 2nd wave of the COVID-19 struck, his food shop became his main source of income, as many of the nighttime eateries and pubs were closed, under the latest restrictions imposed by the Thai government, resulting in fewer jobs for musicians.

Watcharapong said that he donates food to the homeless on a regular basis. Then, on April 16th, he posted on the shop’s Facebook page saying that unemployed musicians can come and get food for free, from 3pm to 8pm, at Khlong Chan Housing.

As for anyone who wants to help, Watcharapong said that buying his Stir-Fried basil would be very helpful, and he is willing to sell the popular dish at a special price. He also added that he’s not ready to accept donations yet.

“Ka Pao Saow Ha” is located within Khlong Chan Housing, opposite the Khlong Chan Credit Union Cooperative or, alternatively, you could check out another branch in Bangkok in Lad Phrao 101. 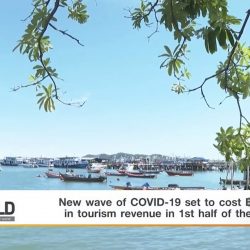 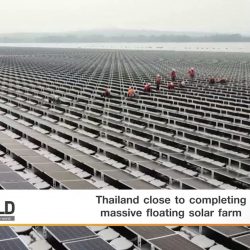