Former immigration police chief, Surachet “Big Joke” Hakparn, said today he believes the  shots fired at his car, parked near the Patpong area of Bangkok on Monday evening, are connected to the two billion baht procurement of a biometric system for the Immigration Bureau.

Pol Lt-Gen Surachet was invited, by the National Anti-Corruption Commission, to testify as a witness about the procurement, which had reportedly been approved by three previous commissioners of the Immigration Bureau, but which he ultimately rejected.

He met with Pol Gen Veerachai Songmetta, the deputy national police, this morning (Wednesday) to provide information about the shooting and possible motives.

A motorcyclist and pillion rider were caught by CCTV in the act of shooting at Surachet’s parked car.  The gunman appears to discharge the weapon eight times into the unoccupied vehicle at about 8pm on January 6th.

After the meeting with Pol Gen Veerachai, Surachet told the media that he had decided to cancel the procurement project in the public interest.

Claiming that he has an idea of who the mastermind might be, Surachet called on the national police chief, Pol Gen Chakthip Chaijinda, to arrest the two perpetrators, saying that it should be easy because they were clearly recorded by the CCTV system.

He categorically dismissed as “ridiculous” speculation that he might have staged the shooting to attract public attention, saying that he has kept a low profile since he was abruptly transferred in May last year to serve as a civil servant in the Prime Minister’s Office as an advisor. He did say, however, that he wants to return to the police force. 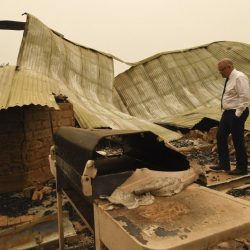 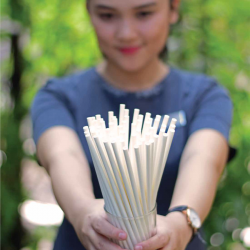