More than 30,000 people were evacuated from their homes in Malaysia on Sunday as the country battles some of its worst flooding in years.

Downpours since Friday have caused rivers to overflow, submerging many urban areas and cutting off major roads, leaving thousands of motorists stranded.

More than 30,000 flood victims across eight states and territories were recorded on an official government website, with over 14,000 of them in the central state of Pahang.

Nearly 10,000 people fled their homes in the country’s richest state of Selangor — which surrounds the capital Kuala Lumpur — with Prime Minister Ismail Sabri Yaakob expressing surprise at the severe flooding there.

“The amount of rain that fell in Selangor yesterday, what fell in one day would usually fall in one month,” he told a Sunday press conference.

The premier promised swift aid for the flood victims and initial funding of 100 million ringgit ($23.7 million) to repair damaged houses and infrastructure.

As floodwaters receded from the capital, business owners went back to their shops to clean up the damage left by the downpours.

Lee Joon Kee, the owner of a tourist information centre and souvenir shop, said he had only reopened a few days ago after closing for nearly two years due to coronavirus restrictions.

“It’s very sad but we have no choice. The only choice (we have is) to move on and clean out the mess, then we will continue our new chapter.”

Dozens of bus routes in and around the capital have been suspended along with train services to the port city of Klang.

Operations at three water treatment plants in Selangor were also disrupted, with taps expected to run dry for tens of thousands of people in parts of the state as well as the capital.

Malaysia’s worst flooding in decades took place in 2014, forcing about 118,000 people to flee their homes.

Night at the museum returns 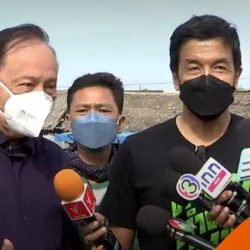