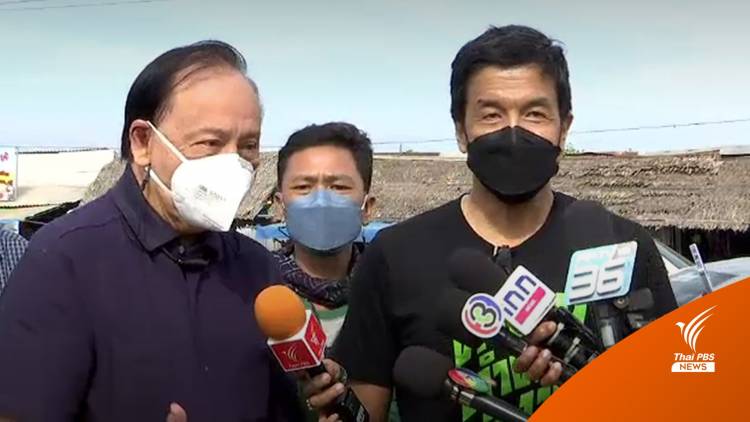 The former Democrat was in the company of Chadchart’s team today (Sunday), during a tour by boat along the Pitthayalongkorn Canal, to visit people in Bangkok’s Bang Khun Thian district and to study erosion caused by rising sea levels and garbage disposal problems.

Praising Chadchart as a hard-working man, Bhichit told the media that he is pleased to work with the ex-transport minister, saying that he will share his previous experience, gained while he served as Bangkok governor over a decade ago.

Chadchart, who will be running as an independent candidate, urged the government to hold the Bangkok gubernatorial election as soon as possible, pointing out that it has already been delayed for over two years.

He also suggested that the election of Bangkok’s district councillors should be held at the same, to save cost.

He dismissed a suggestion that having Bhichit working with him would poach the votes of Democrat followers.

Prime Minister Prayut Chan-o-cha said recently that the election would be held in the middle of next year, without offering any reason for the continued delay.

Chadchart explained that he has no conflict with his former Pheu Thai party, adding that he is optimistic that he will be able to work with anyone, despite their different political affiliations.

Chadchart has been the front runner for governor in most opinion polls for several weeks.