Students from the Attarkiyah Islamic school sit to receive doses of the Pfizer/BioNTech Covid-19 coronavirus vaccine at the Narathiwat Hospital in the southern province of Narathiwat on October 11, 2021. Madaree TOHLALA / AFP

Five southern provinces are among Thailand’s ten with the highest rates of new COVID-19 infections today (Friday), with Songkhla, Nakhon Si Thammarat, Yala, Pattani and Narathiwat being ranked after Bangkok, which has been on top of the list from the start of the pandemic.

There were also 66 more deaths today, 22 of which were in the South.

In Nakhon Si Thammarat, Governor Kraisorn Visitwong said today that he might order an hour extension to the curfew, from 9pm instead of 10pm to 4am, to tighten containment of the pandemic.

Five more medics were found to be infected today, raising the number of infected medical personnel in the province to 82.

According to the COVID-19 Information Centre, of the new infections in Nakhon Si Thammarat today, 651 cases were locally acquired, 9 are arrivals from Bangkok and its neighbouring provinces and 5 are among prisoners.

In Pattani province, Dr. Rutchada Saleh, director of the field hospitals, has appealed for donations of about 300 cardboard beds, saying that the old beds have been damaged by rain.

In Yala province, 6 more fatalities were recorded today as health officials said most of them were not vaccinated, adding that a publicity campaign is being launched to encourage people in the province to get inoculated.

In Songkhla province, officials said that most of the new infections are among family members, as most tend to be more relaxed and lower their guard at home. 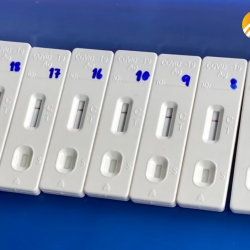 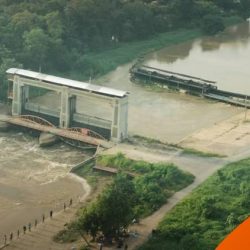