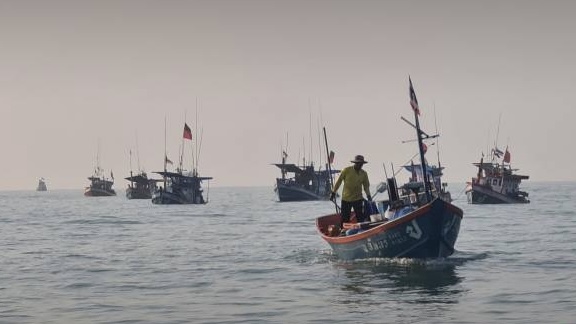 Small-scale fishermen in Thailand’s eastern province of Rayong are to rally at the Map Ta Phut industrial estate today (Monday), to demand compensation from Star Petroleum Refining (SPRC), which is being blamed for oil spills in the seas off the province on January 25th and February 10th.

The low income fishermen have been heading towards the industrial estate, where SPRC’s refining facility is located, both by land and in small fishing vessels.

As of mid-February, about 8,000 people affected by the oil spills, including resort owners, tourism and restaurant operators and fishermen, have signed up for compensation from SPRC, which has promised to speed up payments based on the criteria used in oil leak of 2013.

Yesterday, the company suspended its operation to remove residual oil from the broken pipeline as divers were sent to check three valves, using nitrogen gas to test their ability to withstand pressure.

One valve failed and the company plans to fix it with sealant today.

About 37,670 litres of residual crude oil and some water have, so far, been removed from the pipeline, which is three times more than the 12,000 litres originally estimated. More oil is believed to remain in the pipe. 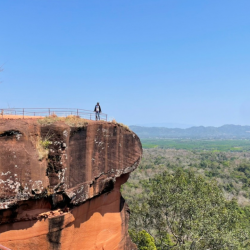 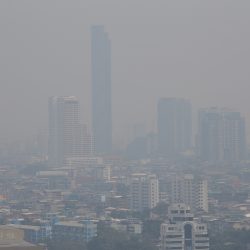 Excessive levels of PM2.5 dust detected in 28 areas of Bangkok on Monday