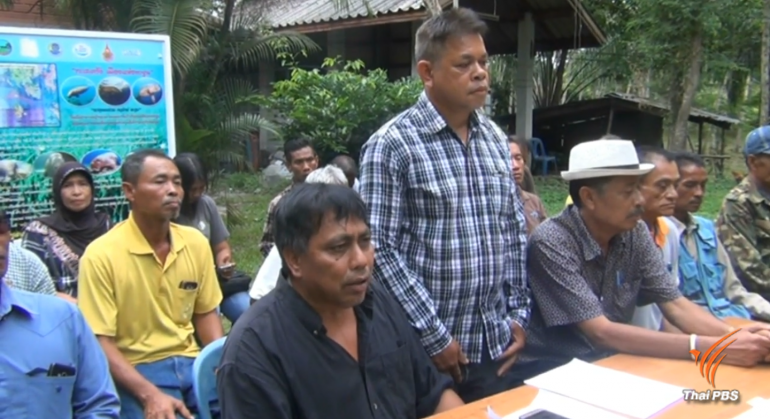 Fishermen in Thailand’s southern province of Trang have boycotted the Department of Marine and Coastal Resources to protest against the arrest of one of their leaders, whom they claim is a decades-long pioneer in the protection of coastal marine resources in the fight against illegal fishing.

Speaking to local media on Saturday, Mr. Aren Phrakhong, chairman of the local fishermen’s network, said that they had sent a letter, to the ministry of natural resources and environment, informing the minister that Trang’s fishermen would cease cooperation with the Department of Marine and Coastal Resources and would ask other conservation groups to join them in seeking justice for Mr. Long-pia Bangsak, who was recently arrested on encroachment charges.

In the open letter, the network accused the chief of 40th mangrove forest development station of leading about 50 police and military personnel in the arrest of Mr. Long-pia, chairman of Ban Nam Rab fishermen’s group in Tambon Bangsak of Kantang district, at his office at the community resources learning centre located in a mangrove forest.

The fishermen’s network accused officials of overreacting, claiming that Mr. Long-pia had dedicated his life to protecting the marine resources of Trang province against unscrupulous fishermen using illegal fishing methods.

Mr. Long-pia, said Mr. Aren, has always cooperated with natural resources officials and has set up a learning centre to educate local people of the need for conservation for the sustainable utilization of natural resources.

Mr. Aren claimed that, although the learning centre sits in a mangrove forest, the network had sought prior permission from the 40th mangrove forest development station and was given approval for the construction of the centre.

However, he admitted that some buildings were built illegally, but they had already been demolished by authorities. 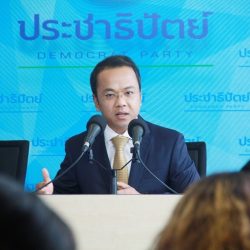 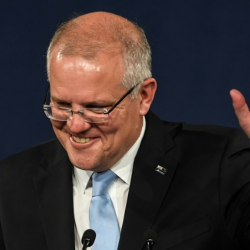