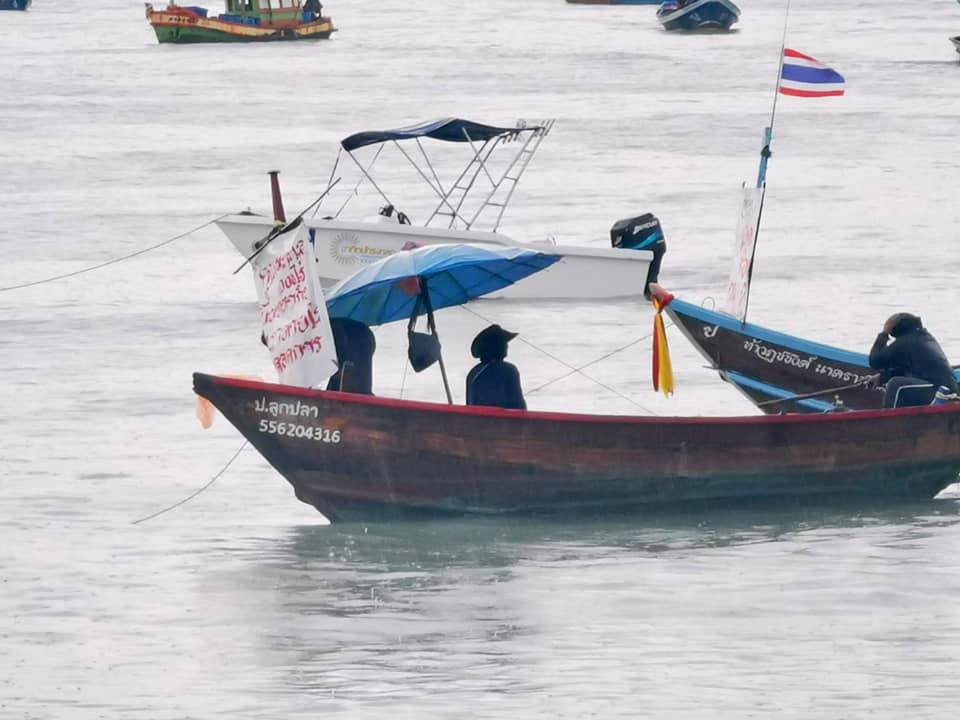 About 400 small fishing boats converged off Takuan beach, in Muang district of Thailand’s eastern province or Rayong, to demand compensation from the state for the anticipated impacts on their livelihoods from the reclamation for the third phase of the Map Ta Phut deep-sea port project.

Mr. Srinuan Aksornsri, leader of the Ban Takuan fishermen, said that they are not opposing the reclamation or the expansion of the port project, but are demanding compensation from the state, as the group gathered on April 29th.

He said the fishermen have not been compensated after the first and second phases of reclamation, undertaken by the Industrial Estate Authority of Thailand (IEAT), although they had affected fishing.

The third phase of reclamation, explained Mr. Srinuan, will affect their catches, to the extent that they will not be able to make a living, adding that the fishermen have no alternative work if they can no longer fish at sea.

Meanwhile, Mr. Lamom Boonyong, leader of the Konpeek fishermen, said that the fishermen have already been hit hard by the COVID-19 pandemic. 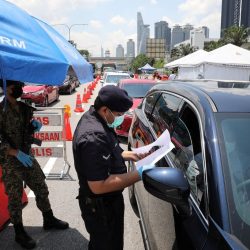