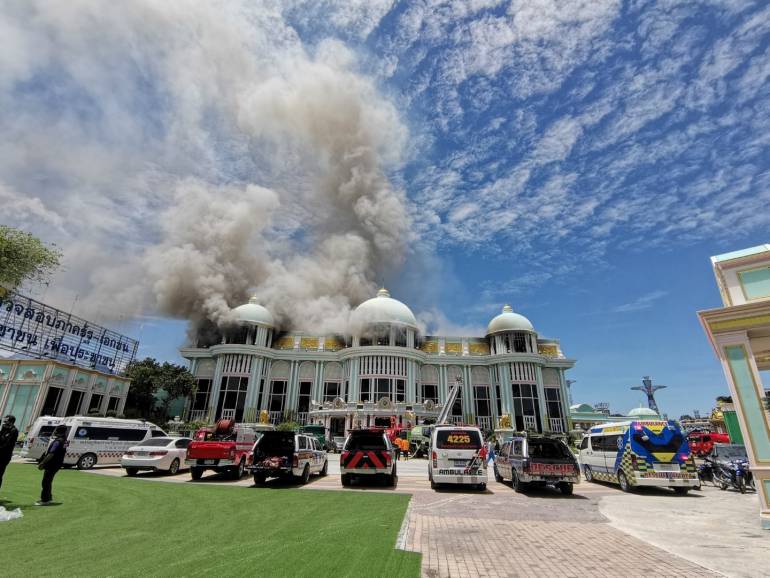 The dome-shaped building, in the grounds of the Ban Sukhavadi seaside mansion, one of Pattaya’s landmarks, has sustained major damage, estimated about 100 million baht, after it was gutted by fire today, on the first day of its reopening after the three month COVID-19 lockdown.

Police suspect an electrical short circuit caused the fire, which reportedly started at about 10am on Wednesday. The building houses several Buddha images and statues, including a huge painting of the late King Bhumibol Adulyadej, to which the public have access.

It took 10 fire trucks and crews two hours to bring the blaze under control, on the Sukhumvit Road in Banglamung district of Chon Buri province.

Mrs. Cherry, a Myanmar migrant worker in the building, said that she switched on the lights and cleaned the building as usual. About two hours later, she claims to have heard a loud bang and saw flames.

The building is now closed to the public for safety reasons.

The Ban Sukhavadi mansion was built by Dr. Panya Chotetawan, chairman of Saha Farm agro-industry group, on a 12.8 hectare plot in 2000, when Thailand was in the midst of the so-called “tom yum gung” economic crisis, to demonstrate to foreign businessmen that, despite the failure of many Thai companies, there were still Thais capable of building something meaningful through joint spirit and unity.

Ban Sukhavadi mansion used to be a favorite attraction for Chinese visitors. 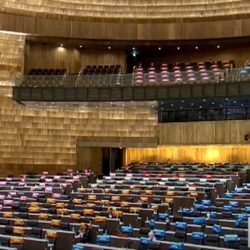 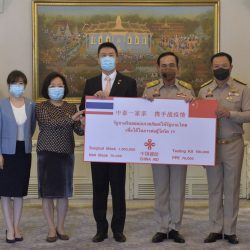