Banks and big corporations have seen disruption of their business models, but they have adjusted their operations quickly enough to cope with radical changes in financial services.

While Thai consumers can reap the benefits from these winds of change, they also face challenges.

The emergence of financial technology (fintech) companies a few years ago had raised concerns among bankers as they had to compete with their peers and startups or other outsiders who had stepped into financial services.

Fintech companies, such as those who provide cross-border money transfer services, have a competitive advantage over banks due to their lower cost. Startups or new companies can raise capital via crowdfunding channels instead of applying for bank loans.

Among local banks, fast movers have worked with startups or technology companies to defend their position and to expand into new markets.

Kasikornbank has been successful in steering through uncharted territory. Its K Plus mobile banking app is reportedly the most popular among users.

Krungthai Bank has taken advantage of the government’s economic stimulus packages, which provide assistance via applications. As the government mainly uses the state-owned bank as a channel to provide services, Krungthai has drawn large numbers of consumers to its mobile banking app.

Siam Commercial Bank is currently undergoing restructuring, with a corporate vision to become a regional financial technology conglomerate by 2025.

“At first, banks seemed to lose some business to fintech startups but now they have been able to rebundle their services and expand their businesses,” said Krating Ruangroj Poonpol, chairman of KBTG, the technology arm of Kasikornbank.

Consumers find it very convenient to withdraw or deposit money via online channels instead of going to bank branches.

However, the majority of respondents did not understand compound interest rate, present and future value of money and investment diversification, leading to poor management of their debt and savings, said BOT assistant governor Nawaporn Maharagkaga.

Among Thai households, financial literacy has increased but actual practice to manage debt and savings needs to be strengthened, she said.

The COVID-19 pandemic might also have contributed to rising awareness and it also made their financial management more challenging due to the steep decline in the incomes of many people, she noted.

Disruption in the financial market has also created a new class of assets, so-called digital assets that offer opportunity and challenges to consumers.

Consumers have more choices on where they put their money as digital assets, such as digital tokens and cryptocurrency, rather than traditional products like deposits, shares and bonds.

Digital assets, however, are beset with high volatility in their value, making regulators worried about high risk for investment.

In order to protect investors, the Securities and Exchange Commission (SEC) regulates the trading of digital assets.

The SEC limits the amount of investment in initial coin offering by retail investors at Bt300,000 each per project. The SEC has been holding public hearings on tentative conditions for individual investors. It is considering a regulation requiring an income of Bt1 million a year to be able to directly invest in cryptocurrency.

The SEC so far has not allowed digital exchanges to trade utility tokens — meme token, fan token and non-fungible token.

Some critics are questioning the policing role performed by the SEC.

“The SEC should not set strict regulations governing investing in digital assets,” said Vimut Vanicharoentham, an economist at Chulalongkorn University.

He suggested that investors should not be discouraged by complicated regulations which will potentially close their investment opportunities.

Meanwhile, fraudsters take advantage of rising popularity of digital assets by cheating people to invest in their pyramid schemes.

“These criminals usually target pensioners who have large savings by luring them to invest in pyramid schemes disguised as digital assets,” warned Nawaporn.

Investors interested in investing in digital assets should choose only those regulated by the SEC, she added. 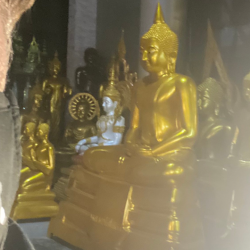 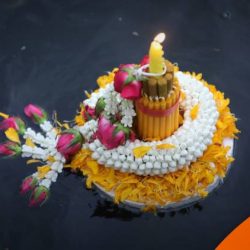