A large group of farmers, dressed in black, gathered in front of Government House this morning to demand a delay in the enforcement of the ban on three farm chemicals, due to become effective on December 1st, to allow them more time to make adjustments.

A core leader of the group, who declined to be named, told Thai PBS reporters that their demonstration today was not related to a proposal by the Agriculture Department, to be submitted to the National Hazardous Substances Committee (NHSC), asking for a six month delay to allow time for officials to dispose of the remaining stocks of paraquat, glyphosate and chlorpyrifos, estimated at about 38,000 tonnes.

Agriculture Permanent Secretary Anan Suwanrat is reported to have said yesterday that the Agriculture Department will consult the NHSC at its next meeting in December about its proposal for a postponement of the ban, adding that he will leave it to the committee to decide whether to stick to the December 1st deadline or delay the ban’s enforcement.

The protesters plan to meet with Agriculture Minister Chalermchai Sri-on to air their grievances about the ban and then submit a petition to Prime Minister Prayut Chan-o-cha.

Public Health Minister Anutin Charnvirakul reconfirmed today that the ban deadline remains, as he maintained that there is no division of opinion among coalition parties over this matter.

Yesterday, Deputy Agriculture Minister Mananya Thaiseth, one of the two movers behind the ban on the three substances, said she was waiting for an explanation from the Agriculture Department about its about-turn, despite its earlier assurance that there is no problem in offloading the residual chemicals.

She also expressed doubt about Industry Minister Suriya Juangroongruangkit’s position on the matter. 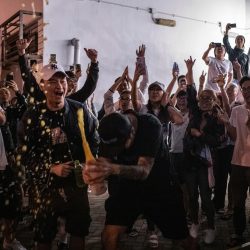 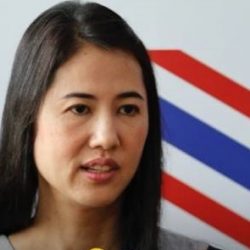