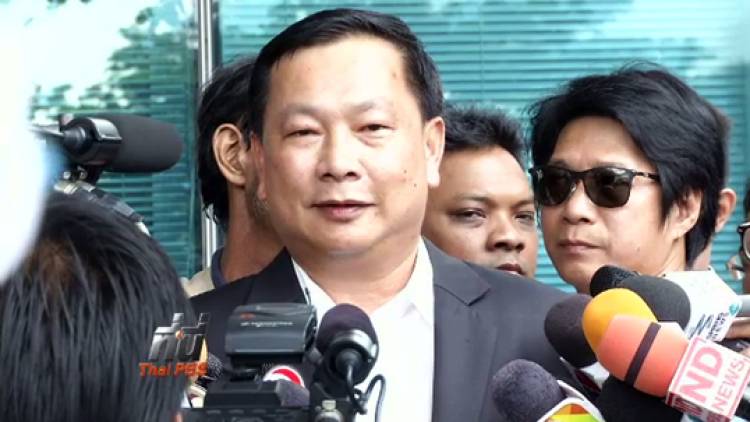 Former Thai deputy commerce minister Banyin Tangpakorn was taken from the maximum-security Bang Kwang Central Prison to a court hearing on Monday morning under the watchful eye of two dozen heavily-armed prison guards and police commandos in an eight-vehicle motorcade – a rare sight for a solo criminal defendant.

The tight security came amid reports that a plot was being hatched to help Banyin escape during one of his court trips. The reports, dismissed by Banyin, had just prompted authorities to move him from Bangkok Remand Prison into solitary confinement at Bang Kwang.

The Crime Suppression Division (CSD) discovered the plot after re-arresting a suspect who had been released on bail thanks to Banyin’s lawyer. Nabbed on an old arrest warrant, the man known only as “Joe” told police that Banyin had asked him while in jail to coordinate an elaborate escape plan, according to CSD deputy commander Police Colonel Anek Taosupab.

Some media reports said the escape plot called for a bomb explosion to fell a flagpole that would allow Banyin to scale the wall and get away via helicopter – a scenario observers likened to a Hollywood action movie. However, the CSD said the actual escape plan was less grand, with Banyin to be freed while his motorcade was on an expressway.

The plot also called for the prison chief’s wife to be kidnapped and used as a bargaining chip for Banyin’s release, according to the CSD.

The CSD deputy chief said Banyin has been charged with masterminding the alleged escape plot even though it had not been carried out. He explained that using or hiring someone to help with a convict’s escape was against the law, whether or not the getaway had been executed.

A report on Monday said the plan was for Banyin to be snatched from corrections officials’ custody during a trip to or from the Phra Khanong Provincial Court, located in Bang Na on the outskirts of Bangkok. The location offers a variety of getaway options, as it is close to the Bang Na-Trat Highway, an expressway and the Chao Phraya River.

Once a well-connected politician, ex-policeman Banyin now has to attend court hearings every week as a suspect for the murder of property developer Chuwong Saetang, who was killed five years ago in a supposed car accident while Banyin was driving.

Chuwong’s family suspected foul play and took the case to court after discovering that over Bt300 million in his shares had been suspiciously transferred to Banyin and his two accomplices. Banyin was subsequently charged with premeditated murder.

Banyin, 56, was sentenced in March to eight years in prison, after the Bangkok South Criminal Court found him guilty of falsifying documents and using them in the transfer of Chuwong’s shares. The verdict served as evidence that requisitioning the Bt300 million in shares was the motive for Chuwong’s murder.

Just a month earlier, Banyin was arrested along with five other suspects and accused of involvement in the kidnapping and murder of the brother of the sitting judge in charge of the stock fraud case. In early February, Judge Panida Sakuntaprasert received a threatening phone call telling her to dismiss the case against Banyin or she would lose her brother.

Banyin’s trip on Monday – to the Central Criminal Court for Corruption and Misconduct Cases – stemmed from the abduction and murder of the judge’s brother. In this case, Banyin is also charged with conspiring to coerce an official.

Born in Nakhon Sawan in July 1963, Banyin was elected member of Parliament for the province twice and became a party-list MP once, all under the banner of political parties allied with former PM Thaksin Shinawatra. He served as deputy commerce minister twice – in the governments of Samak Sundaravej from February to September 2008 and of Somchai Wongsawat from September to December that year.

Banyin graduated from the Royal Police Cadet Academy before obtaining a master’s degree in Business Administration from Naresuan University. He reached the rank of police lieutenant colonel.

His first wife was killed in a car accident under suspicious circumstances during a trip to the countryside. The young Banyin was a police lieutenant in Nakhon Sawan at the time. Surviving the accident, he told investigators that his wife lost control of the car after swerving to avoid an oncoming truck. The couple’s vehicle smashed into a roadside tree.

However, people close to his deceased wife said she could not drive and had no driving licence. Banyin later got married to his current wife, who is from a wealthy Nakhon Sawan family in the construction business.

In 2000, he left the police force to contest general elections with Thaksin’s Thai Rak Thai Party in his home province. He was elected twice, in 2001 and 2005. After the party was dissolved by court order, Banyin joined the Matchima Thippatai Party and was appointed as a list MP in the 2007 general election.

When Matchima Thippatai was disbanded by court order the following year (2008) for electoral fraud, Banyin was among the party executives punished with a five-year political ban.

In 2010, he joined the United Front for Democracy against Dictatorship, also known as the red shirts, which staged massive street protests in Bangkok against the Democrat-led government of Abhisit Vejjajiva. After the end of his five-year political ban, Banyin joined the Thaksin-aligned Pheu Thai Party, whose government was overthrown in a military coup in May 2014.

While in these political parties, Banyin was always part of a faction led by veteran politician Somsak Thepsuthin, who is now the justice minister. 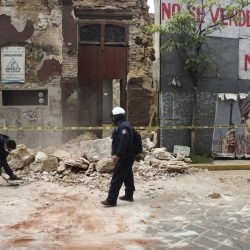