A federal grand jury indicted Derek Chauvin, Thomas Lane, J. Kueng and Tou Thao in May for allegedly depriving Floyd of his rights while acting under government authority on May 25, 2020, as Floyd, 46, was held face-down, handcuffed and not resisting in a restraint that was captured on bystander video. His death led to worldwide protests and calls for change in policing.

All four of the men appeared at the hearing remotely via videoconference. Chauvin, wearing a plain T-shirt, appeared from a small room in the state’s maximum security prison, where he is serving a 22 1/2-year sentence for murder in Floyd’s death. The other three men appeared remotely alongside their attorneys.

U.S. Magistrate Judge Tony Leung asked each man separately how he would plea, and each clearly responded: “Not guilty.”

The hearing also addressed roughly 40 pretrial motions, though many were similar. Most of the motions were routine, such as agreeing when names of witnesses would be disclosed. But Leung heard oral arguments on two issues, and ordered attorneys to file additional written arguments on those motions.

Attorneys for Lane and Kueng asked the judge to remove language from the indictment that says their clients had been police officers since December 2019. Earl Gray, Lane’s attorney, said his client was still in training and remained under supervision for months. Gray said Lane was working his fourth shift without supervision when he encountered Floyd. Tom Plunkett, Kueng’s attorney, said his client was on his third shift without supervision. Both attorneys said language in the indictment that indicates otherwise would be unfair.

“Common sense dictates that a law officer with four days on the job would be less apt to intervene,” Gray argued.

Prosecutor Manda Sertich said the men were officers as of December 2019 — they graduated from the police academy and were sworn in.

Kueng, Thao and Lane are also asking that their federal trials be separated from Chauvin’s, saying they would be unfairly prejudiced if they went to trial alongside him.

Plunkett wrote in court documents that evidence against Chauvin would confuse the jury and deprive Kueng of his right to a fair trial. Gray argued in court that “everybody knows Derek Chauvin was convicted of murder” so a jury would have a hard time presuming the other former officers’ innocence.

Attorney Robert Paule argued that much of the evidence against Chauvin would not come into play against his client, Thao. Paule also argued that since it appears Lane and Kueng intend to use their lack of experience as a defense, Thao, who had been an officer for more than eight years, should be tried alone.

Leung gave no indication of how he would rule. He said this case has video evidence, which shows what each defendant did or did not do. He also said separating trials in federal court is not common, but it does happen. He asked prosecutors why the men should be tried together.

Sertich said the state’s case against the men was separated due to space restrictions caused by the COVID-19 pandemic, but federal court has more space. She also said jurors will know about Chauvin’s murder conviction whether he is sitting in the courtroom with the other three former officers or not.

As Floyd was being arrested, he repeatedly said he couldn’t breathe as Chauvin pinned him to the ground. Kueng and Lane helped restrain Floyd; Kueng knelt on Floyd’s back, and Lane held Floyd’s legs, according to evidence in state court. Thao held back bystanders and kept them from intervening during the 9 1/2-minute restraint.

While all four officers are charged broadly with depriving Floyd of his rights while acting under government authority, the indictment breaks down the counts. A count against Chauvin alleges he violated Floyd’s right to be free from unreasonable seizure and unreasonable force by a police officer.

Thao and Kueng are charged with violating Floyd’s right to be free from unreasonable seizure by not intervening to stop Chauvin as he knelt on Floyd’s neck. All four officers are charged with depriving Floyd of his rights when they failed to provide medical care.

The four former officers were also charged in state court, where Chauvin was convicted in April of murder and manslaughter. The other three former officers face state trial next March on aiding and abetting counts.

Chauvin is also charged in a separate federal indictment alleging he violated the civil rights of a 14-year-old boy in 2017.

Meanwhile, the federal government is investigating policing practices in Minneapolis. The investigation known as a “pattern or practice” — examining whether there is a pattern or practice of unconstitutional or unlawful policing — includes a sweeping review of the entire police department. It may result in major changes to policing in the Minnesota city. 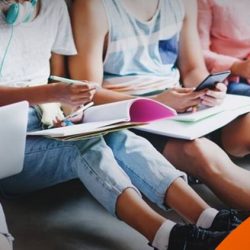 Over 129,000 youths in Thailand infected with COVID-19, number rising 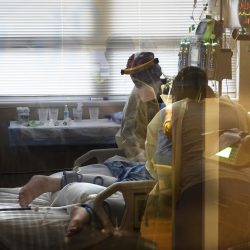