“You should dare to challenge yourself, and also take as many opportunities as you can, to learn new things.”

The advice to the younger generation from Oranuch Lerdsuwankij, CEO and co-founder of Techsauce Media, a news website specifically about startups, as well as a knowledge sharing platform to promote and connect the startup ecosystem.

Techsauce was founded in 2012, after she noticed that many startups were created in Thailand, but there was nothing to connect such communities together, which ignited her passion in creating this platform.

“Since I was young, I was very passionate about education,” she explains.

“I believe that knowledge is power and a key driver to transformingmany issues in our society. Technology is a key enabler in drivingThailand into a digital economy country. One of the key stakeholders groups is not the big corporates, it’s the startups.”

Along her way to building the startup community, she realised that the biggest challenge is to get all stakeholders to work together, with the same vision.

“[The startup community] should not be a fragmented one, and I believe that collaboration is the key and important point. How can we make everyone share the same vision, work together and collaborate?”

Never thought of being an entrepreneur

Oranuch, also known as Mimee, is widely recognised as a “pioneer” in building Thailand’s startup ecosystem. She admits, however, that she never thought of becoming an entrepreneur before.

She recalls her teenage years, when she decided to study telecommunication engineering at King Mongkut Institute of Technology Ladkrabang. She was questioned by her family as to why she took that subject, which was deemed to be more suitable for men. Oranuch insists, however, that everyone should follow their passion and what they truly love.

“They wanted me to become a doctor,” she said. “But I knew, since I was young, that I love mathematics and physics, I think I’m good at these subjects, and that was why I decided to study engineering.”

After graduating with an engineering degree, she began her career working with big mobile operators, such as DTAC, TA Orange (now True Move) and ATOS Origin. During that time, she discovered that Web 2.0, which refers to websites that emphasise user-generated content, became a huge trend.

“The Internet is one of the key drivers that can enable anyone to become a blogger or an entrepreneur, as long as you have a good idea and a good business model.”

She did not hesitate to give it a try, and that journey made her into who she is today.

Oranuch said she learnt many skills from her 12-years of experience in the telecom industry, such as project management, product development, negotiation skills, as well as financial planning and projection.

She also gives huge credit to her late father, who taught her about being a good entrepreneur, from his experience as a business owner,who ultimately went bankrupt during the Asian financial crisis in 1997.

“These kinds of skill sets are essential and are the key fundamentals for every entrepreneur.”

Although the Thai startup scene is rapidly growing, it is still a male-dominated sector. As Oranuch reveals, startup companies, led by female founders, account for only 10% of approximately 300-400 active startups in the country.

“Some people ask me why we need more female founders.”

Oranuch then refers to a report by a global research firm, Boston Consulting Group (BCG), which states that startup companies founded or co-founded by women can generate more revenue and create market growth.

Even so, she thinks that the most important element in growth is diversity, respecting people’s differences, and how to collaborate in an organisation, where everyone can contribute to his or her best ability.

“I believe that diversity is the key success factor in driving companies to grow together,” she said. “With diversity we can increase creativity, productivity and, in the end, drive innovation in your organisation.”

She also thinks that another way to encourage more women to become leaders, is to create more visibility for female role models, which she strongly believes is a good starting point towards gender equality in the startup scene.

“We are a strong advocate for gender representation in tech,” said Oranuch.

“One of the missions that Techsauce is trying to achieve, is to increase the number of female speakers at the Techsauce Global Summitbecause, when we have a role model, it can inspire other female founders to believe that they also have the chance, and the same opportunities.”

Everyone should follow their passion and what they love

When asked what she would like to say, if she could speak to every single woman around the world at the same time, she says “every woman is beautiful in her own way” is the most important reminder for everyone.

“You shouldn’t sacrifice your passion, your dream or your personality,” and most importantly, “be yourself and believe in yourself.” 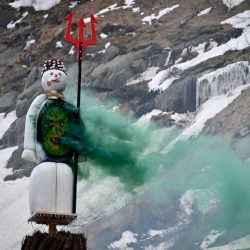 Swiss blow up huge snowman in mountains for first time 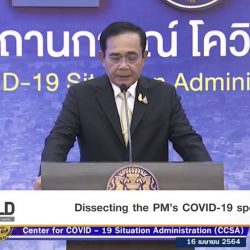