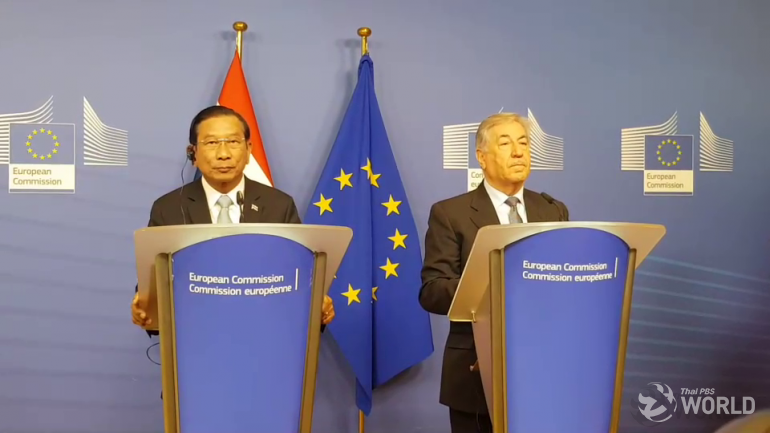 The European Union formally announced today the lifting of the “yellow card” imposed on Thailand since 2015 in recognition of the substantive progress made by Thailand in tackling the illegal, unreported and regulated (IUU) fishing .

The announcement was made at a joint press conference held at the EU headquarters in Brussels attended by Deputy Prime Minister and Agriculture Minister Chatchai Sarikulaya and European Commissioner for Maritime Affairs and Fisheries Karmenu Vella.

At the joint press conference, Mr Vella praised the hard and honest work undertaken by Thailand which has enabled the country to carry out its international obligations to comprehensively combat IUU fishing.

He also commended Thailand’s success in tackling IUU fishing in all dimensions and the accomplishment of the Thai government to address the labour issue in the fisheries sector.

These efforts have resulted in the comprehensive reform and overhaul of the entire fisheries sector of Thailand, he added.

These measures, he said, have led to the EU acknowledgement that Thailand possesses one of the most effective systems for combatting IUU fishing in the region which can serve as a model for other states facing the same problem.

General Chatchai also underscored the importance that Thailand attaches not only to sustainable fishing, but also the ethical fisheries practices.  He said Thailand will take the lead by becoming the first country in Asia to ratify the ILO Work In Fishing Convention 2007 by the end of this month.

He also proposed enhancing the existing cooperation with the EU on all dimensions of marine sustainability, particularly the conservation of marine resources and marine environment. 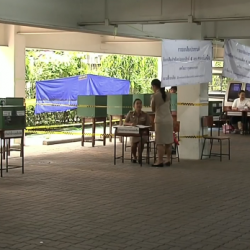 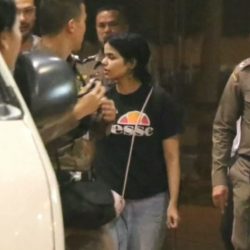