Two-ballot system will certainly give Pheu Thai a major electoral advantage, most likely at the expense of other major parties like Palang Pracharath and Move Forward. (Photo by Lillian SUWANRUMPHA / AFP)

Polite words sometimes could not paper over big conflicts in politics, so Pheu Thai and Move Forward speaking nicely to each other or referring to each other amicably regarding the electoral system should be taken with a grain of salt. They will likely be separately proposing supplementary laws to accommodate the return to the two-ballot principle in a show of “mutual respect” for potential differences in detail, but their disagreement can be anything but minor.

Respectful comments emerging from both camps have led to such headlines as “Looking for different stars” and “Two-pronged attack”. However, figures from the last general election, in which a one-ballot system was applied, cannot lie and explain why they have to go separate ways when dealing with “details”. Pheu Thai won zero as far as party-list MPs are concerned. Move Forward got 50. The change back to the two-ballot system means their fortunes are about to be reversed.

One former member of the Election Commission has predicted that zero would become 22 while 50 would be reduced to 18. That might not be perfectly precise but nobody could argue with such a trend. The restored two-ballot system will certainly give Pheu Thai a major electoral advantage, most likely at the expense of other major parties like Palang Pracharath and Move Forward.

The one-ballot system came with an “every vote counts” concept. It turned votes for constituency candidates into popular votes as well. Simply put, even votes for candidates who lose in constituencies could be combined and used to calculate how popular a party was and, consequently, how many “party-list” MPs it shall get.

The argument for this is that it was in fact democratic, because votes for the losers should mean something, especially if a contest was close, like when the loser gets beaten by just one vote. Moreover, when there is something in there for the losers, elections and politics will be less destructive or unhealthy.

The argument against is that “majority” deciding or answering political questions is the main point of democracy as we know it. Another point of argument against is that the “every vote counts” concept was in fact a ploy to undermine Pheu Thai, which prevailed in the Northeast no matter how many votes its opponents received. The “losers’ votes” concept accompanying the one-ballot system was an attempt to make votes in the Northeast for the losers somewhat meaningful. More argument against is that calculating numbers of party-list MPs in the one-ballot system is more complicated than the two-ballot system in which voters just select a party they like and their decision will simply decide how many party-list lawmakers each party gets.

Democratic reformists in Thailand have hit a brick wall, after two constitutional amendment bills proposed by civic groups were rejected by Parliament in the space of a year. Politicians and activists who want sweeping reforms to the post-coup Constitution have vowed to fight on for “true democracy” despite overwhelming opposition from coalition party MPs and senators.

Make no mistake, the “every vote counts” concept should have benefited Pheu Thai in Bangkok, too. But as the Northeast is more populous than any other region, offering the biggest number of constituency seats, the party-list quota for Pheu Thai was virtually non-existent or very small in the one-ballot world.

The return to the two-ballot system, in which voters mark the party they like in a separate ballot, returned the advantages to Pheu Thai. All the party needs to do is make sure the organic law to be created by Parliament does not contain anything that would drastically change the party-list calculation method. This has been tacitly agreed upon by the Democrats, whose leader Jurin Laksanawisit has said: “If 100 percent of voters mark their ballots for one party, that party should get 100 percent of party-list MPs. It is as simple as that.”

Move Forward would not want things to be that simple. But there is a tightrope to walk on. If a calculation process mooted by Move Forward is too complicated, its criticism of the one-ballot system, particularly charges that the mathematical method was proposed out of a self-serving agenda, could come back to haunt it big time.

During a parliamentary debate on the return to the two-ballot system, Move Forward taunted Prime Minister Prayut Chan-o-cha that restoring the pro-Pheu Thai election methods would be tantamount to “Giving the enemy a sword on a platter.” But the party also raised many alarms about the sword hurting “innocent” people, or other politicians to be exact.

As for Palang Pracharath, giving approval to the change back to two ballots indicated that it wants to be here to stay, because while the two-ballot principle might not benefit it now, the system always helps big, established parties in the long run. For all talks about Palang Pracharath in a decline, supporting two ballots seems to show the party is quite confident in itself, about its chances in future elections.

The Democrats can go wherever the political wind blows, as it is believed that one or two ballots won’t make much difference for them. Backing two ballots strengthens the impression that they are open-minded enough to advocate constitutional changes, no more, no less. The real issue for the Democrats is where they should stand after the next election. To be more specific, should they remain in Palang Pracharath’s wings or should they present themselves more as an impactful variable.

Move Forward has more immediate problems. A political environment that favors Pheu Thai could likely be troublesome for the new party. Two ballots are a big headache, in addition to the fact that it reaped gains from the dissolution of the Thai Raksa Chart Party in the previous election, and that Pheu Thai will compete in more constituencies this time because there is no Thai Raksa Chart to worry about.

To an extent, the possible Pheu Thai-Move Forward conflict might focus on an ironic question. How far can one go without being deemed self-serving, undemocratic, and unfair? It is a question both parties often take their common enemy to task with, but they may have to subject each other to the very same scrutiny.

The winner-takes-all concept, the fundamental of “democracy” as it is taught today, is always bound to create such wrangle, even among people calling themselves liberals. 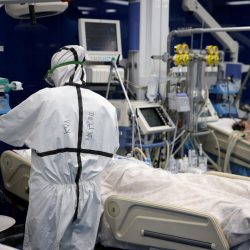 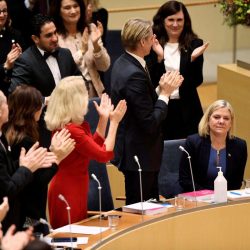