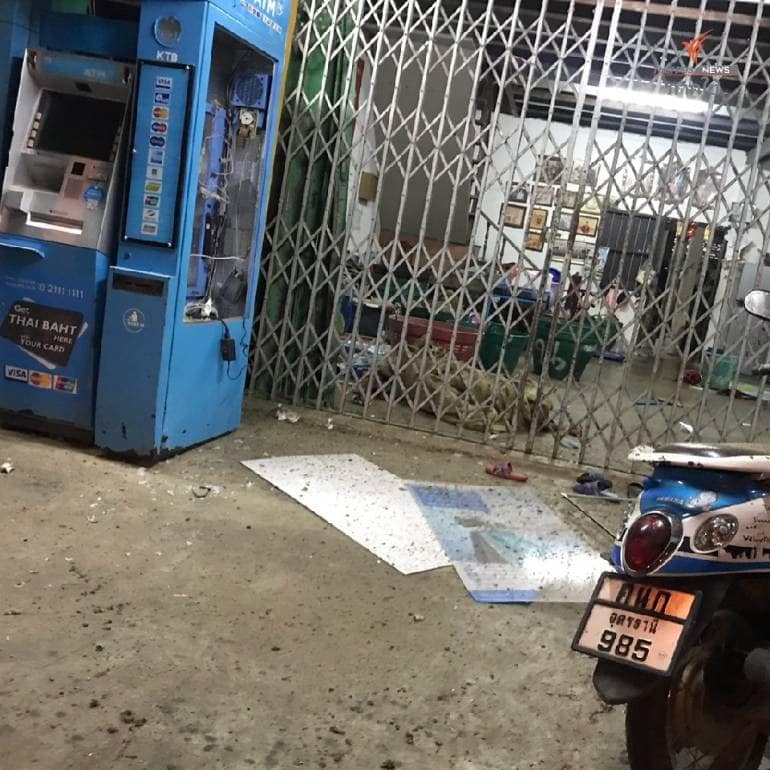 At least eight civilians were injured in a spate of explosions targeting power poles and an ATM in several districts of Thailand’s southern province of Yala on Tuesday night.

No one has yet claimed responsibility for the violent incidents, but security officials believe they were perpetrated by separatist insurgents to create unrest and to undermine the provincial economy.

The explosion at a power pole on a local road in Yaha district caused a widespread blackout for several hours. Two passers-by were injured and were rushed to the provincial hospital for treatment.

In Muang district, one power pole near the Kampong Nibong mosque was cut in half by the force of an explosion. Several old car tyres were set alight on Road 410 between Yala and Betong in Krong Penang district.

In Bannang Sata district, a telephone pole in Tambon Bacho was set on fire and several car tyres were burned on Road 410 in Tambon Bannang Sata. An explosion was also reported at the branch office of the Rubber Organization, but no one was injured.

In Tharn To district, an ATM and a convenience store were hit by explosions, causing injuries to six civilians. 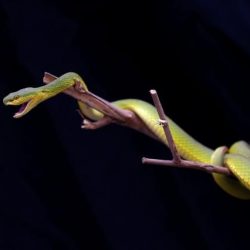 'I don't recommend you do this': Thailand's stealthy snake wrangler 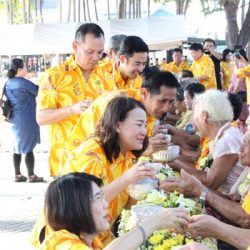