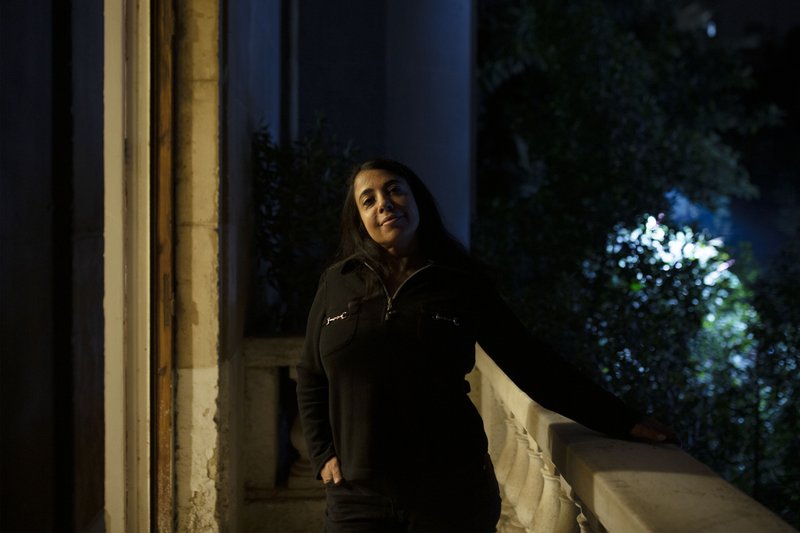 In this Monday, Nov. 11, 2019 photo, human rights lawyer Hoda Nasrallah poses for a portrait at her office in Cairo, Egypt. Since her father’s death last year, Huda Nasrallah, a Christian, has stood before three different judges to demand an equal share of the property left to her two brothers by their father. Nasrallah is taking on Egypt’s Islamic inheritance laws that mean female heirs inherit half that of men. A final verdict is expected to be handed down later this month. (AP Photo/Maya Alleruzzo)

CAIRO (AP) — One Egyptian woman is taking on the country’s inheritance laws that mean female heirs inherit half that of men.

Since her father’s death last year, Huda Nasrallah, a Christian, has stood before three different judges to demand an equal share of the property left to her two brothers by their father. Yet courts have twice issued rulings against her, basing them on Islamic inheritance laws that favor male heirs.

Nasrallah, a 40-year-old Christian human rights lawyer, is now challenging the rulings in a higher court. A final verdict is expected to be handed down later this month. She has formulated her case around Christian doctrine which dictates that heirs, regardless of their sex, receive equal shares.

“It is not really about inheritance, my father did not leave us millions of Egyptian pounds,” she said. “I have the right to ask to be treated equally as my brothers.”

Calls for equal inheritance rights began to reverberate across the Arab world after the Tunisian government had proposed a bill to this effect last year. Muslim feminists hailed the bill.

But there has been a blacklash from elsewhere in the Arab world. Egypt’s Al-Azhar, the highest Sunni religious institution in the Muslim world, vehemently dismissed the proposal as contradictory to Islamic law and destabilizing to Muslim societies. But there is hope that Tunisia could have broken the taboo on the topic for the region.

Nasrallah belongs to Egypt’s estimated ten million Coptic Christians, who live in a predominantly Muslim society governed by a constitution in which Islamic Shariah is the main source of legislation. Christians face restrictions in inter-religious marriages and church building, and are banned from proselytizing to Muslims.

Egypt’s legal system grants the Coptic church full authority over personal status matters of Copts, namely marriage and divorce. But the church does not have the same powers over its followers’ inheritance rights.

One of the oldest Christian communities in the world, the Egyptian Coptic church is also deeply conservative on social matters, banning divorce except in cases of adultery or conversion to Islam.

Nasrallah says she is making her case on religious grounds because she believes the court is more likely to respect existing structures within the society. She says she is trying to capitalize on a rare Christian doctrine that respects gender equality.

Karima Kamal, a Coptic female columnist at the privately-owned al-Masry al-Youm daily, says that Nasrallah’s case highlights the double discrimination that Coptic women can face in a society where religion is printed on government-issued identification cards.

“You should not implement the rules of one faith on people of another faith,” she says.

In early December 2018, Nasrallah’s father, a former state clerk, died, leaving behind a four-story apartment building in a Cairo low-income neighborhood and a bank deposit. When she and her brothers filed their request for inheritance at a local court, Nasrallah invoked a church-sanctioned Coptic bylaw that calls for equal distribution of inheritance. She says she was encouraged by a 2016 ruling that a Cairo court handed down in favor of a Coptic woman who challenged Islamic inheritance laws.

Nasrallah’s brothers also testified that they would like their father’s inheritance to be divided fairly between them, but the court has twice ignored their testimony.

Many Coptic men prefer to benefit from the Islamic laws, Nasrallah said, using the excuse that it’s out of their hands.

“The issue of inheritance goes beyond religious rules. It has to do with the nature of the society we are living in and Egypt’s misogynistic judicial system,” said Hind Ahmed Zaki, a political science assistant professor with Connecticut University.

She says the state fears that if they grant equal property rights to Christian women, Muslim women will soon ask for the same.

Girgis Bebawy, a Coptic lawyer, has represented dozens of Copts in similar cases over the last two years, though he has yet to win a single one. He’s hoping that the latest case, which is currently before Egypt’s Supreme Constitutional Court, could end differently.

Many Coptic families decide to settle inheritance matters outside the legal system, but Nasrallah says that as a lawyer, she hopes her case could set a precedent for others. 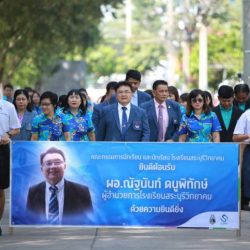