Earthquake, storm and floods: no relief in sight for Haiti as toll rises 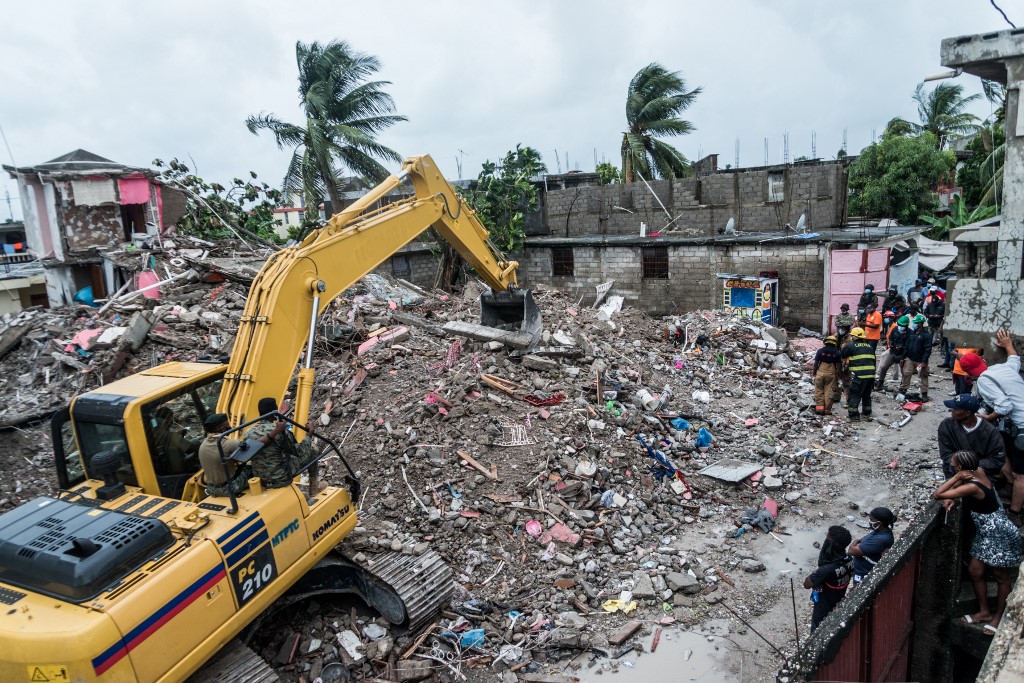 More than 9,900 people were wounded when the quake struck the southwestern part of the Caribbean nation on Saturday, about 100 miles (160 kilometers) to the west of the capital Port-au-Prince, according to the updated toll.

With more than 60,000 homes destroyed and 76,000 damaged, the United Nations’ children’s agency UNICEF said that more than half a million children have been affected by the disaster.

In the coastal town of Les Cayes, residents began building makeshift shelters on a football field despite  lashing winds and pouring rain as Tropical Storm Grace passed over the country.

So few structures remained standing that people had to relieve themselves in city streets, according to Magalie Cadet, 41, who only had a shower cap to protect against the rain.

Aftershocks continued to rock the ground in Les Cayes days after the quake, further terrifying the residents.

“Yesterday evening, I took shelter near a church, but when I heard the ground shake again, I ran to return here,” said Cadet.

The government has declared a month-long state of emergency in the four provinces affected by the quake.

Rescue workers have pulled out 34 people alive from the rubble in the past 48 hours, authorities said.

The United States, which has evacuated about 40 people for emergency treatment, has chartered eight military helicopters from Honduras to continue medical evacuation efforts.

The USS Arlington, a US Navy transport ship, is also due to arrive in Haiti on Wednesday with a surgical team on board, the Pentagon’s Southern Command said. Field operating theaters are also being set up at some hospitals in the earthquake zone.

The US National Hurricane Center warned of flash and urban flooding, and possible mudslides as Grace lashed the impoverished country with up to 15 inches (38 centimeters) of rain.

Haiti officials warned residents to watch out for buildings that are showing cracks from the earthquake because they could collapse under the weight of water.

Despite the rain, drinking water was running short. In the coastal community of Pestel, over 1,800 cisterns with drinking water have cracked or been destroyed in the quake.

In 2010, in the aftermath of a horrific earthquake that killed 200,000 people, Haiti saw a deadly cholera outbreak caused by sewage from a United Nations base.

Natacha Lormira tried to build a shelter for herself using a torn piece of tarp attached to a thin piece of wood.

“I don’t want to hide under a gallery or under a corner of a wall because we have seen people die under wall panels,” said Lormira. “We have resigned ourselves that it’s easier to be wet than dead.”

Wet from the constant rain, 28-year-old Vladimir Gilles tried to insert several pieces of bamboo deep into the ground to build a cover for his wife and child.

Gilles said he needs some tarp to keep his family dry, but the government “is not helping.”

“My house is destroyed, I have nowhere to sleep,” he said.

On the grounds of the Ofatma hospital in Les Cayes, American soldiers unloaded boxes of equipment before welcoming a severely injured man on a stretcher and a wounded child carried in the arms of a worker from the HERO medical evacuation organization.

“This little boy has a cerebral hemorrhage … If we can help him, he can have a normal childhood, so it makes a difference,” said Carolyn Davies, a nurse from the NGO Canadian Medical Assistance, who arrived in Les Cayes the day after the disaster.

The international support is a relief for the medical team at the hospital in Les Cayes.

But any official rescue efforts in one of the world’s poorest countries are complicated by political chaos raging there a month after the assassination of president Jovenel Moise. 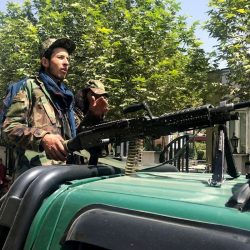