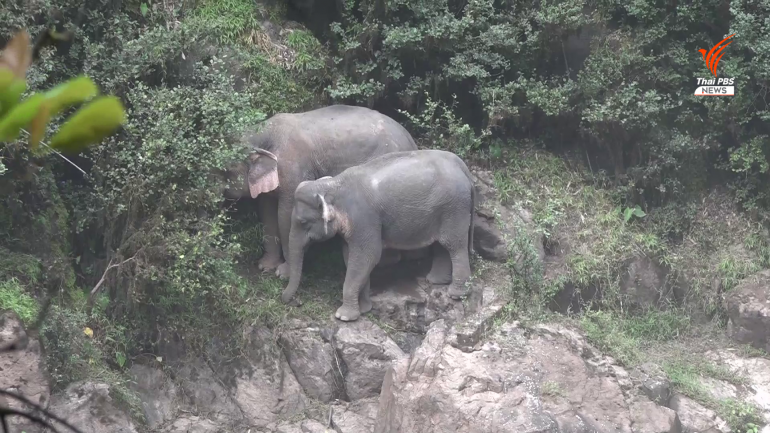 Park officials have deployed drones to search for two wild elephants, which climbed out of the ravine at Haew Narok waterfall in Khao Yai national park, after officials delivered a truckload of bananas for the pachyderms to eat and regain their strength.

Meanwhile, officials have also strung nets across the creek to prevent three dead elephants from being washed further downstream by the strong currents.  Three other dead elephants were found to be trapped among boulders.

Mr. Vichai Poralisaengsuwan, head of the Prachin Buri conserved area management office of Khao Yai national park, said that, at about 5am this morning (Sunday) park officials could not see the two elephants, which were trapped beside the creek, and thought they might have climbed out of the ravine and headed into the jungle.

He said, however, that drones have been deployed to search for them to make sure they are safe or, if they are hurt, attempts would be made to treat them.

As a precautionary measure, to prevent elephants from falling into the ravine from the steep Haew Narok waterfall, Mr. Vichai said officials will repair the damaged barricade.

Six elephants, including a baby elephant, fell to their deaths from the steep but picturesque waterfall.  It is thought that the baby accidentally fell into the ravine first and the rest of the elephants fell one after the other as they tried to help the youngster. 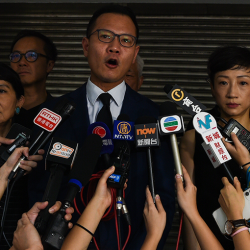 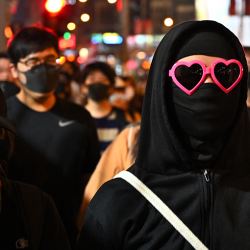