The Thai economy is not bad, just slowing down, said Deputy Prime Minister Somkid Jatusripitak today as he urged the private sector to join hands to drive the economy.

Addressing a seminar for representatives of chambers of commerce from across the country, at Ratchabhat University in the northern province of Lampang today (Sunday), the deputy prime minister noted that the International Monetary Fund had adjusted global economic growth forecast four times this year, currently set at 3%, compared to Thailand’s 2.4% growth for the whole of 2019, which is still regarded as good.

He attributed Thailand’s economic slowdown to shrinking exports, resulting from trade tensions between China and the United States which, he said, has affected the production sector, causing layoffs of 300,000-400,000 workers.

In addition to making adjustments in accordance with the economic situation, the deputy prime minister stressed the importance of building confidence in Thailand among other countries.

Citing the cancellation of two House meetings last week, due to the lack of a quorum, Dr. Somkid urged politicians of opposing camps to overcome their conflicts, saying that the cabinet can be changed, but not policies.

After the address by Dr. Somkid, the Thai Chamber of Commerce submitted a white paper to the Prime Minister, through the deputy prime minister, containing recommendations on how to resolve economic problems.

In order to get through the current period of economic uncertainty, Dr. Somkid said that all stakeholders must work together for the good of the country, noting that there is still potential for the Thai economy to grow, albeit slowly, if there is no political conflict. 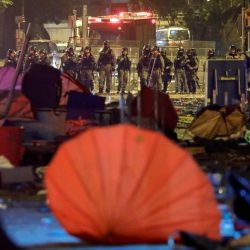 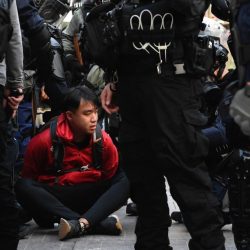