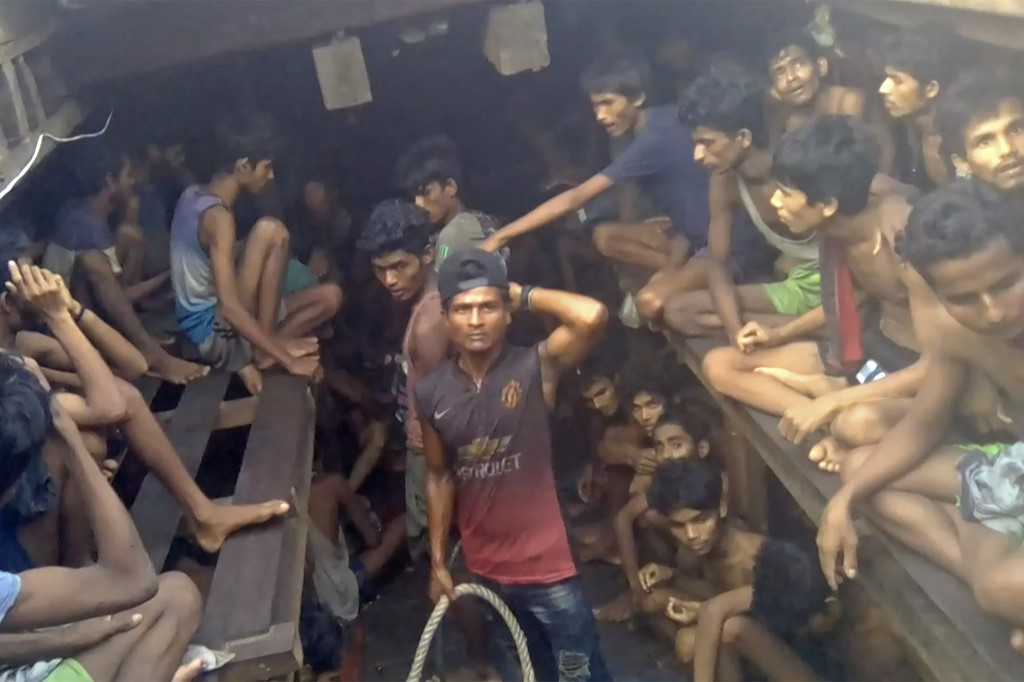 This video grab taken on December 4, 2020 from an AFPTV video shows a Burmese smuggler (C) along with Rohingya refugees in a boat in Chakmarkul on August 26, 2020. – As scores die on a ship packed with desperate Rohingya, Burmese smugglers mercilessly beat and whip the still-living refugees in a graphic video obtained by AFP that shows rarely seen images from the frontlines of human trafficking. (Photo by – / AFPTV / AFP)

Dozens of Rohingya, mostly women and children, were caught as they arrived by boat in Malaysia last month after fleeing a refugee camp in neighbouring Indonesia, police said Friday.

Almost 400 members of the persecuted Muslim minority from Myanmar arrived by boat in Indonesia last year after perilous journeys, and just over 100 now remain at a camp there.

Many are believed to have enlisted traffickers to help them make the sea crossing, including women seeking to reunite with their husbands in the Southeast Asian country.

Police confirmed to AFP that a boat carrying 36 people — 31 Rohingya and five Indonesians — was intercepted as it landed on Malaysia’s west coast on January 6.

“They entered Malaysia by boat from Tanjung Balai (on Indonesia’s Sumatra island) and landed at a beach,” said Abdul Rahim Jaafar, the director of internal security at the Royal Malaysia Police.

News of the boat landing tallies with accounts from Rohingya at the camp in Indonesia, who told AFP this week that scores of women had been smuggled to Malaysia.

While some were caught, others are believed to have successfully entered the country and reunited with their spouses, according to Rohingya and human rights groups.

Almost one million Rohingya live in sprawling camps in Bangladesh, many of which were set up after a bloody crackdown by Myanmar’s military in 2017 drove them into the impoverished South Asian country.

Over the years, many have sought to flee by boat to Malaysia, enduring harrowing, months-long sea journeys punctuated by illness and beatings.

More than 100,000 Rohingya live on the margins of society in Malaysia, registered as refugees but not 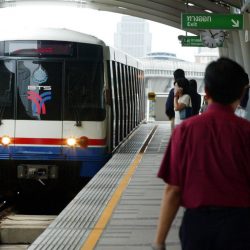 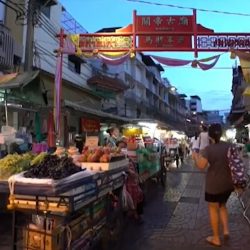